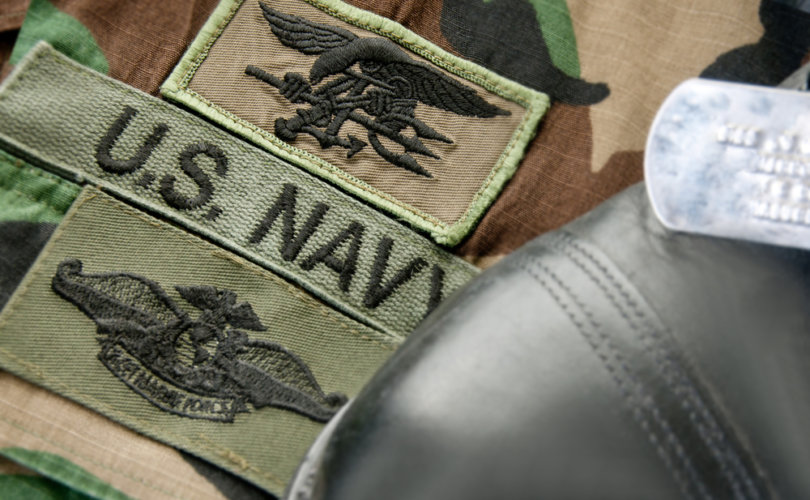 WASHINGTON (Lifesitenews) — President Biden’s Department of Defense demoted a U.S. Navy Commander in what appears to be a reprisal for refusing the abortion-tainted COVID-19 vaccines and his involvement in the suit U.S. Navy SEALs v. Biden.

The demotion comes just days after Federal District Judge Reed O’Connor ruled in favor of the U.S. Navy SEALs who are seeking an exemption to the COVID-19 vaccine mandate.

Green joined the SEALs in the case, submitting a 24-page complaint describing his own negative experiences with the Navy’s religious-exemption policy. The complaint outlined in detail the Navy’s burdensome 50-step process to request a religious exemption from the Navy’s mandate to obtain a COVID-19 vaccine and provided evidence for the Navy’s routine, rubber-stamp denials. Judge O’Connor quoted Green’s complaint extensively in his ruling.

“CDR Green leaves huge shoes to fill,” read an email notifying Green’s command of his dismissal. “He was a professional who did excellent work and his presence and professionalism will be difficult to replace.”

The demotion also occurred on the same day Green filed his own complaint to the Senate and House Armed Services Committees. In doing so, Green sought whistleblower protection under the Military Whistleblower Protection Act.

LifeSiteNews asked the Navy whether the demotion occurred with the knowledge that Green sought whistleblower protection, or was done in retaliation for submitting his complaint. “Regarding [these] other questions, the Navy doesn’t discuss ongoing litigation matters,” replied a spokesperson. “We don’t have anything to add at this time.”

Green, however, had plenty to add in his Jan. 7 letter to the Senate and House Armed Services Committees when introducing the need for submission of his complaint.

“Despite Judge O’Connor’s ruling, it appears the Navy intends to continue this discriminatory denial process,” he wrote. “The Navy has proven incapable of policing itself. Therefore, I am requesting your involvement to ensure the free exercise of religion in the Navy, and throughout the military.”

He continued: “Please demand accountability of our senior naval leaders for their unlawful actions and join in the call for an immediate end to religious discrimination in our military. The defense of our Nation requires that service members are free to serve without fear of discrimination or retaliation for faithfully adhering to the dictates of their conscience.”

Green is not alone in his observations regarding the military’s illegal enforcement of the COVID-19 vaccine mandates and the damage it is doing to the military. A growing amount of evidence shows that the experimental COVID-19 shots are harmful and potentially lethal.