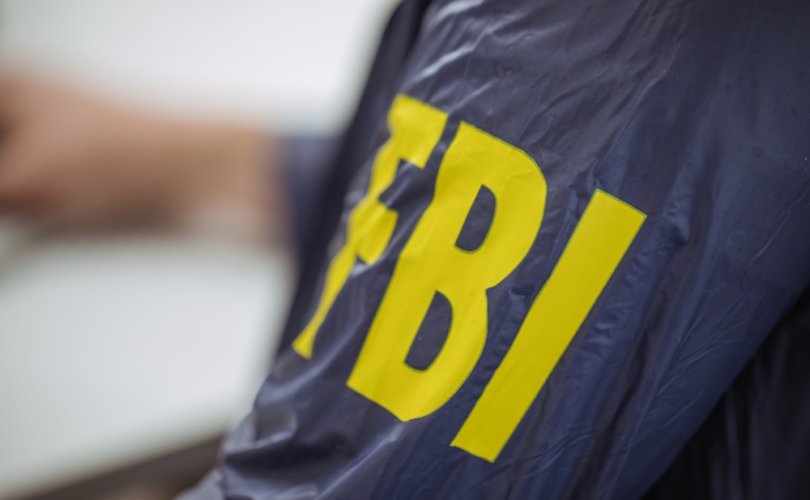 The alleged pressure comes as Biden has ramped up his belligerent rhetoric against so-called “MAGA Republicans” ahead of the crucial 2022 midterm elections, effectively demonizing half the nation as threats to “the very foundations of our republic.”

“We are sort of the lapdogs as the actual agents doing these sorts of investigations, trying to find a crime to fit otherwise First Amendment-protected activities,” an agent who spoke on condition of anonymity told the Times, listing a series of attributes associated with conservatives that he said could garner FBI scrutiny.

“If they have a Gadsden flag and they own guns and they are mean at school board meetings, that’s probably a domestic terrorist,” he said.

“We have more people assigned to investigate [w]hite supremacists than we can actually find,” he said.

The FBI denied the allegations in a statement to the Times, asserting it does not target Americans based on their political affiliation.

“The FBI aggressively investigates threats posed by domestic violent extremists,” an FBI spokesperson told the outlet. “We do not investigate ideology, and we do not investigate particular cases based on the political views of the individuals involved. The FBI will continue to pursue threats or acts of violence, regardless of the underlying motivation or sociopolitical goal.”

However, the Biden administration’s FBI has drawn increased scrutiny from conservatives as reports suggest the administration is indeed viewing typical right-leaning viewpoints or activities as indications of domestic extremism.

Earlier this month, in a headline-grabbing speech compared by many conservatives to the fascistic addresses of Adolf Hitler and Joseph Stalin, Biden railed against so-called “MAGA Republicans,” who he said threatened to destroy the nation and upend its most cherished values.

In the divisive address, Biden said supporters of former president Donald Trump pose a threat “to the very soul of this country” as they allegedly “embrace anger,” “thrive on chaos,” and “live not in the light of truth but in the shadow of lies.”

While the rhetoric from Democrats has increased in recent months, the blunt characterization of mainstream conservatives as domestic terror threats has been fairly common among Democrats since the riot at the U.S. Capitol on January 6 and ensuing highly-partisan January 6 Committee, which has been slammed by Trump as a “witch hunt.”

A Rasmussen poll released last month found that “a majority of Americans, 53%, view the FBI as ‘Joe Biden‘s personal Gestapo’” after the Mar-a-Lago raid.