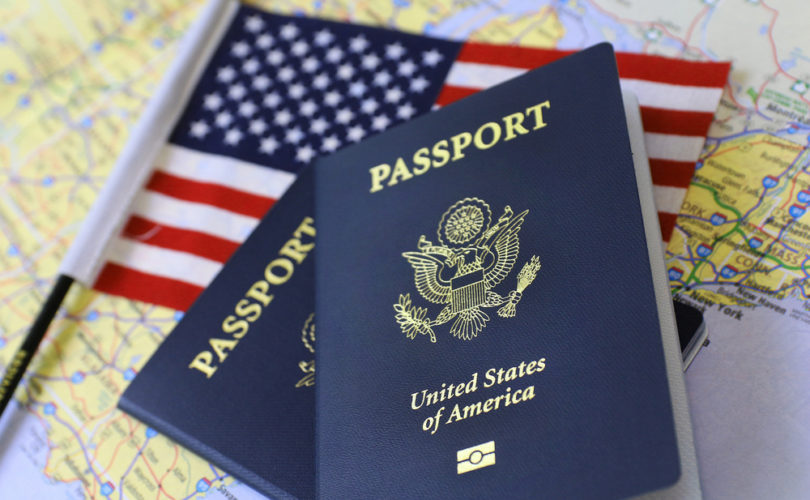 June 30, 2021 (LifeSiteNews) — Americans will soon be able to decide what sex is listed on their passports without having to show documentation of what their sex actually is, Secretary of State Antony Blinken announced Wednesday, and may even offer the option to denote “gender identities” beyond male and female.

“The Department of State is committed to promoting the freedom, dignity, and equality of all people — including LGBTQI+ persons,” Blinken said, The Hill reported. In the name of “fairer treatment,” the process “will no longer require medical certification if an applicant’s self-selected gender” on a passport “does not match the gender on their other citizenship or identity documents.”

Blinken also confirmed that the Biden administration is “evaluating the best approach” to satisfy demands to let those who consider themselves neither male nor female put down an X instead of M or F. “The process of adding a gender marker for non-binary, intersex, and gender non-conforming persons to these documents is technologically complex and will take time for extensive systems updates,” he said.

Changing government identification and other public records such as birth certificates to reflect individuals’ imagined “identity” rather than their actual identifying characteristics has been a major goal of LGBT activists. Last year, the New England Journal of Medicine joined the ranks of medical institutions elevating “social justice” above sound medicine by calling for “rethinking” how biological sex is recorded on birth certificates.

While LGBT activists insist that being a man or woman is strictly a matter of perception and “assigned” at birth, in reality sex is rooted in an individual’s chromosomes and reflected by hundreds of genetic characteristics. Despite insistence that indulging gender-confused individuals’ chosen “identity” is essential to their health and happiness, gender confusion has been linked to a variety of long-term mental and emotional ills, including higher suicide rates.

Blinken’s announcement is just the latest move in the aggressively pro-LGBT record that President Joe Biden has established since taking office.

He has signed multiple executive orders directing federal agencies to promote LGBT “compliance”; reversed the Trump administration’s ban on gender dysphoria in the military; displayed the transgender flag at the White House; is allowing U.S. embassies to fly “pride” flags even at the Vatican; advocates passage of the so-called “Equality” Act, which would force a broad range of public and private entities to accommodate pro-LGBT dogma at the expense of their own constitutional rights; and recently announced that the federal government intends to force schools to privilege boys who claim to be girls over actual females.