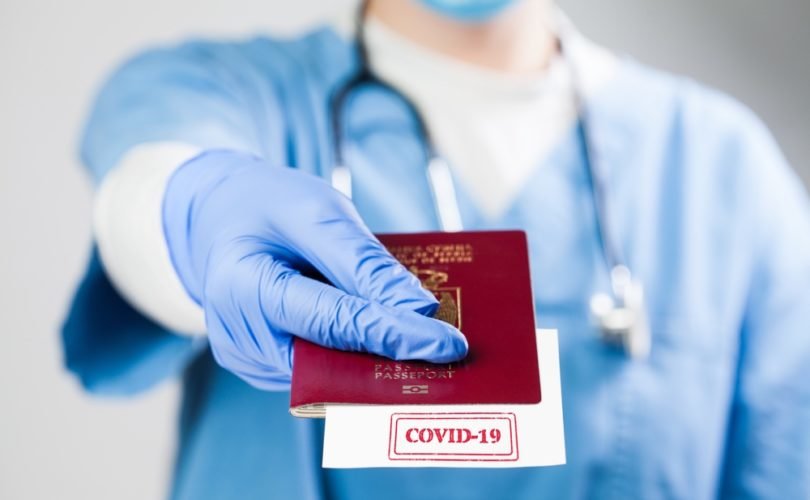 BALTIMORE (LifeSiteNews) – The U.S. Centers for Medicare & Medicaid Services (CMS) announced that it cited 69 American hospitals for failing to comply with the Biden administration’s mandate that federally-funded healthcare facilities require their employees to submit to COVID-19 vaccination.

Last September, President Joe Biden directed the U.S. Department of Labor’s Occupational Safety & Health Administration (OSHA) to draft a vaccine mandate for around 17 million healthcare workers at medical facilities that receive Medicare and Medicaid funding, without an option for workers to submit to regular COVID testing instead.

In January, the U.S. Supreme Court blocked one of the administration’s other mandates, which applied to private employers with 100 or more workers, but allowed the health facility mandate to stand.

“Since the implementation of the COVID-19 healthcare worker vaccine rule, hundreds of surveys of hospitals have taken place, and the majority of hospitals are in compliance with the vaccine requirement,” a CMS spokesperson said, Becker’s Hospital Review reported. “In total, surveyors have made 69 citations of hospitals since the rollout of the requirement, and surveys are still underway. As a reminder, hospitals are one of the 17 provider types included in the rule.”

“CMS’ goal is to bring healthcare facilities into compliance,” the spokesperson continued. “Termination would generally occur only after providing a facility with an opportunity to make corrections and come into compliance.”

In this case, however, the system is being held “accountable” for a challenging situation imposed on it by the federal government.

Across the United States, mandates for doctors, nurses, and other staffers to receive the relatively-new COVID shots have contributed to staffing shortages that have put a strain on medical services, to the point that some hospitals put COVID-positive staffers back on active duty just to avoid using unvaccinated workers.

Millions of Americans remain hesitant to take the COVID-19 shots, which were developed and tested in a fraction of the time vaccines usually take under former President Donald Trump’s “Operation: Warp Speed” initiative, due to a growing body of evidence about the negative effects many patients have seen from them.

The Defense Health Agency’s Armed Forces Surveillance Division spokesperson Peter Graves confirmed the existence of the records but claimed that a conveniently-timed “data corruption” glitch made the pre-2021 numbers appear far lower than the actual numbers of cases for those years, a claim the media has been largely uninterested in investigating further.

In March, it was found that 11,289 cases of pericarditis/myocarditis after COVID vaccination were reported to the U.S. Vaccine Adverse Events Reporting System (VAERS) database between January 1 and February 25 of this year, which is already 47% of the 24,177 reports for the same submitted in all of 2021. COVID shot defenders claim that VAERS offers an exaggerated view of a vaccine’s potential risks, as anyone can submit a report without vetting it, but the U.S. Centers for Disease Control & Prevention researchers have acknowledged “high verification rate of reports of myocarditis to VAERS after mRNA-based COVID-19 vaccination,” leading to the conclusion that “under-reporting is more likely” than over-reporting.