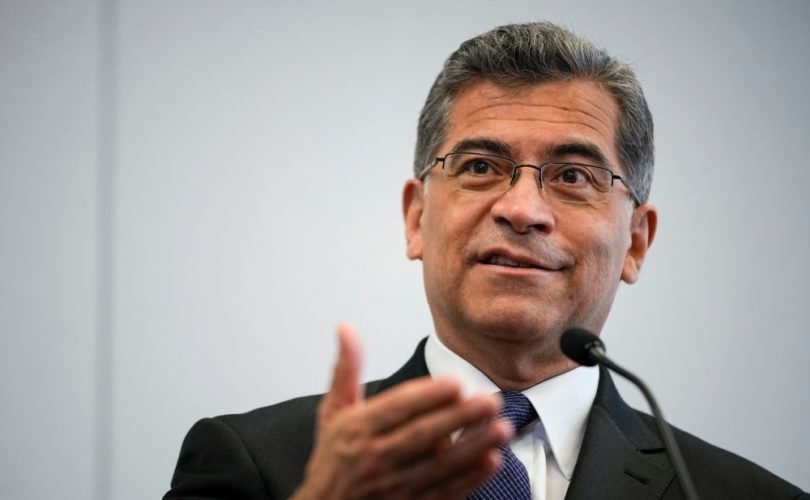 WASHINGTON (LifeSiteNews) — In its latest move to appease the abortion lobby, the Biden administration has convened a task force devoted to maintaining and expanding “access” to abortion-on-demand.

Announced on January 21, the day before Roe v. Wade’s 49th anniversary, the HHS Reproductive Healthcare Access Task Force is “composed of senior-level HHS officials who have been designated by their respective agencies to identify and coordinate activities across the Department to protect and bolster access to essential sexual and reproductive health care” via a range of actions, including research, identifying and eliminating pro-life policies that remain in existing federal programs, advancing new pro-abortion policies and guidances, and supporting efforts to normalize abortion by mitigating its stigmatization.

At the same time, the U.S. Department of Health & Human Services (HHS) announced $6.6 million in Title X family planning grants to a handful of public and private entities ostensibly affected by state pro-life laws, including two Planned Parenthood affiliates in Texas as well as Planned Parenthood of Northern New England.

“Across America, we must protect access to sexual and reproductive health,” said Assistant Secretary for Health Richard Levine, who pretends to be a woman and calls himself Rachel. “Establishing a new task force dedicated to this critical public health topic will advance policies that improve reproductive health care access within Federal programs and services, eliminate health disparities, and expand access to culturally competent health care services for underserved communities, including people of color, people with disabilities, young people, LGBTQI+ people, and others.”

The new task force is indicative of the White House’s search for “every administrative lever they can to promote abortion through programs through policies, regulations, and any other kind of creative, and I would say harmful, interpretations of long-standing federal law and definitions for health and primary care that they are reinterpreting for the purpose of derailing real women’s health gains for abortion,” former Trump administration special representative for global women’s health Valerie Huber told the National Catholic Register.

In particular, the administration is “placing abortion in a category of primary care, which traditionally would be treatment of illnesses or injuries,” not “as a marginal practice that most health care providers do not provide,” added Huber, who now leads the Institute for Women’s Health. That reframing turns abortion into “more than just a policy disagreement” and means “health care providers have no alternative but to provide those essential health care services,” she warned.

This is only the latest in a long line of pro-abortion actions taken by the Biden administration during its first year.

During his first week in office, President Joe Biden repealed the Mexico City Policy, which bars foreign aid from going to organizations involved with abortion; two months later he created a White House Gender Policy Council that identified among its goals the promotion of abortion at home and abroad. In October, Biden rescinded the Trump administration’s block on funding abortionists via Title X.

The president also supports legislation to codify a “right” to abortion in federal law, and expand it to forbid states from subjecting abortion to ultrasound requirements, mandatory waiting periods, informed-consent requirements, and other health and safety regulations, such as admitting privileges; as well as protect so-called “webcam” abortions (i.e., dispensing abortion pills without an in-person doctor’s visit), forbid banning abortions on the basis of a baby’s race, sex, or disability, and forbid banning particular techniques such as dilation and evacuation (D&E) procedures, better known as “dismemberment” abortions because they entail literally ripping unborn babies apart in the womb, then removing them from the uterus limb by limb.