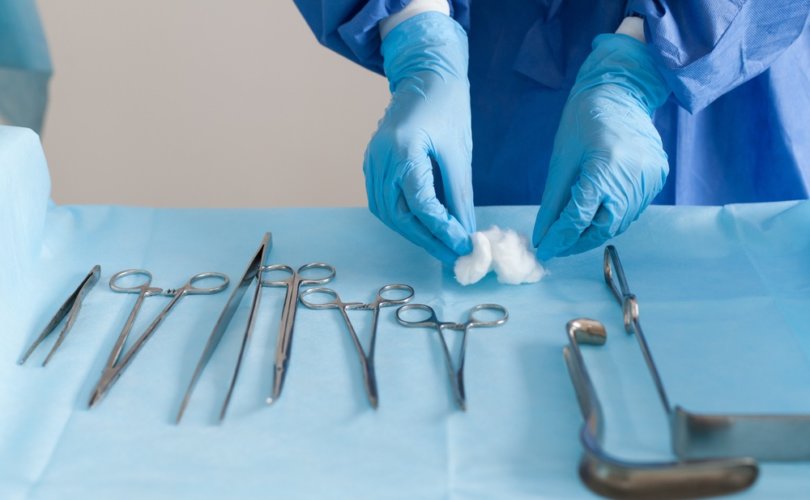 (LifeSiteNews) — The Department of Veterans Affairs (VA) committed its first abortion last week, carrying out its promise to circumvent state pro-life laws by killing unborn babies in its facilities under certain circumstances.

In remarks to senators on Wednesday, VA Secretary Denis McDonough confirmed that VA employees performed the abortion at one of the department’s medical centers, NBC reported.

A VA spokesperson who spoke with the outlet declined to provide further details, citing patient privacy.

The news comes after the VA promised it would buck pro-life laws in order to deliver “abortion-related care” nationwide.

The Biden administration announced earlier this month that it was expanding abortion on demand and pro-abortion counseling through the VA after the landmark reversal of Roe v. Wade (1973), which had established a federal “right to abortion” until it was struck down by the U.S. Supreme Court in June.

The new rule made abortion available for hundreds of thousands of veterans and their beneficiaries, in violation of federal and state laws.

READ: Biden admin Dept. of Veterans Affairs to commit abortions at its facilities, even in states where it’s illegal

In a September 2 press release, the VA said it was “taking steps to guarantee Veterans and other VA beneficiaries abortion-related care anywhere in the country.”

“VA employees, when working within the scope of their federal employment, may provide authorized services regardless of state restrictions,” the statement read.

The move came in spite of the fact that Republican members of the U.S. House Committee on Veterans’ Affairs last year reminded the Biden administration that federal law and regulations prohibit the VA from offering abortion or counseling for abortion. VA Secretary McDonough also failed to respond to an August letter from U.S. Sen. James Lankford (R-OK) showing the illegality of the proposed rule.

Pro-life groups and commentators condemned the September decision to expand abortion access though the VA.

Live Action president Lila Rose argued that “[o]ur VA Hospitals, which should be committed to healing and helping veterans, will now be in the business of killing their children.”

“What greater war crime than the intentional slaying of an innocent child?” she asked, adding that the decision marked a “dark day for our military, our healthcare system, and our nation.”

“The Biden administration’s commitment to abortion everywhere and at any cost is barbaric,” Rose said.