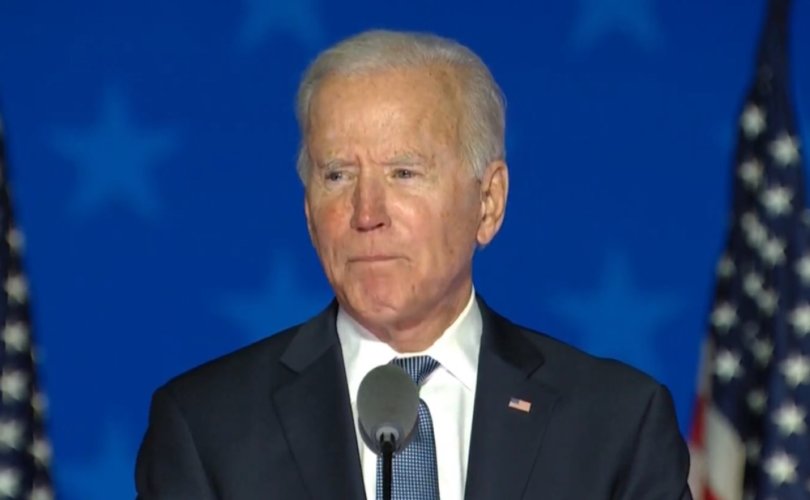 WILMINGTON, November 3, 2020 (LifeSiteNews) – Former Vice President Joe Biden delivered brief remarks of encouragement to his supporters early Wednesday morning (12:30 AM), declaring his campaign feels “really good” about his prospects while warning that the final outcome could remain several days away.

“Your patience is commendable,” Biden told supporters listening from their cars. “We knew this was gonna go long. We feel good about where we are, we really do.”

Biden declared that he believes “we’re on track to win this election,” but that his supporters will “have to be patient” while “every vote is counted.”

President Donald Trump quickly replied with a tweet accusing Democrats of “trying to STEAL the election,” while promising “we will never let them do it”:

We are up BIG, but they are trying to STEAL the Election. We will never let them do it. Votes cannot be cast after the Polls are closed!

Fox News’ Chris Wallace suggested that the Biden camp based its decision to speak out of a desire to project a perception of strength in the face of a potentially contested election, as a deliberate contrast to former Vice President Al Gore striking a more cautious tone on Election Night of the notoriously drawn-out 2000 presidential election.