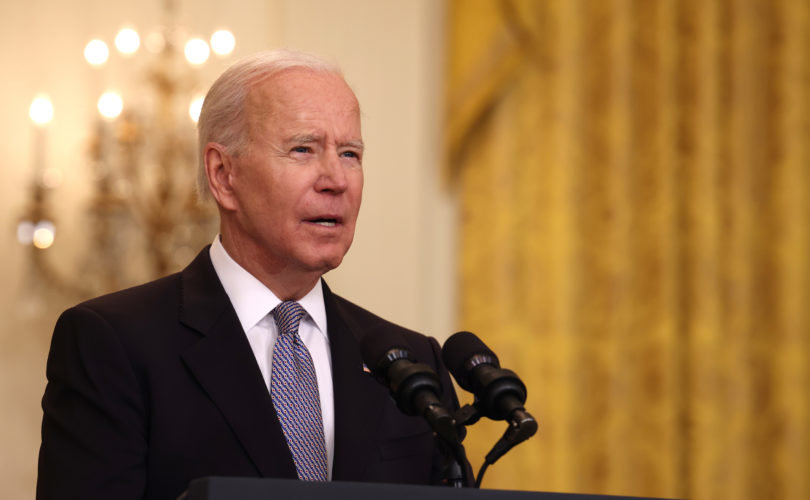 After first announcing his plans in July 2020, Trump announced in January that he planned to build a Garden of American Heroes to preserve American culture and honor American heroes.

“The chronicles of our history show that America is a land of heroes,” Trump wrote in January. “As I announced during my address at Mount Rushmore [on July 3, 2020], the gates of a beautiful new garden will soon open to the public where the legends of America’s past will be remembered.”

“The National Garden will be built to reflect the awesome splendor of our country’s timeless exceptionalism,” he continued. “It will be a place where citizens, young and old, can renew their vision of greatness and take up the challenge that I gave every American in my first address to Congress, to ‘[b]elieve in yourselves, believe in your future, and believe, once more, in America.’”

Trump warned that “belief in the greatness and goodness of America has come under attack in recent months and years by a dangerous anti-American extremism that seeks to dismantle our country’s history, institutions, and very identity.”

With the stroke of a pen, Biden reversed this order on Friday (along with several other presidential actions by Trump).

The original plan had included remembering pro-life figures and Catholic influencers. Nellie Gray, the founder and organizer of the March for Life in Washington, D.C., was among them. Cardinal Sean O’Malley once described her as the “Joan of Arc” of the pro-life movement.

Trump summarized in January, “In short, each individual has been chosen for embodying the American spirit of daring and defiance, excellence and adventure, courage and confidence, loyalty and love. Astounding the world by the sheer power of their example, each one of them has contributed indispensably to America’s noble history, the best chapters of which are still to come.”

Since taking office, Biden has moved to reverse many decisions made under Trump, as reported by Politico. Other changes include movements to stop the Keystone XL pipeline project and construction of the border wall along the U.S.-Mexico border. Biden also restored the U.S. government’s relationship with the World Health Organization (WHO) after Trump left it during his time in office.