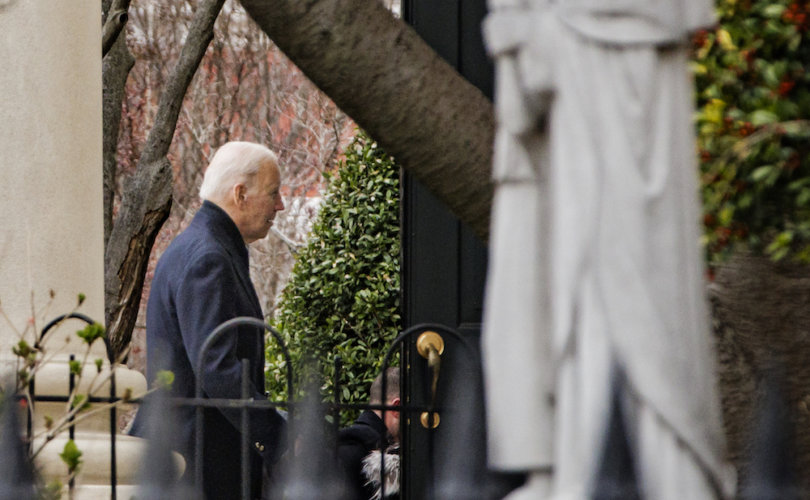 In a statement released August 2, Biden lauded the decision on Tuesday night by Kansas citizens to vote down the “Value Them Both” amendment, which would have reversed a “right” to abortion in the state constitution.

READ: Any bishop, cardinal who praises Biden as Catholic is ‘wolf in shepherd’s clothing’: priest

“The Supreme Court’s extreme decision to overturn Roe v. Wade put women’s health and lives at risk. Tonight, the American people had something to say about it,” Biden said.

“Voters in Kansas turned out in record numbers to reject extreme efforts to amend the state constitution to take away a woman’s right to choose and open the door for a state-wide ban. This vote makes clear what we know: The majority of Americans agree that women should have access to abortion and should have the right to make their own health care decisions,” he added.

Biden took the opportunity to call on Congress to pass a bill to legalize abortion up to birth.

The amendment was meant to correct an April 2019 decision by the Kansas Supreme Court which asserted that the Kansas Constitution Bill of Rights’ guarantee of “equal and inalienable natural rights” encompasses “a woman’s right to make decisions about her body, including the decision whether to continue her pregnancy.”

In the following months, state pro-lifers set to work on a constitutional amendment to resolve the issue, a cause that took on new urgency in June when the U.S. Supreme Court overturnedRoe v. Wade, restoring the elected branches of government’s discretion to decide abortion policy.

The 2019 ruling currently allows largely unrestricted abortions. The amendment itself would not have completely banned abortion but would have allowed for restrictions, including a total or near-total ban.

Since well before the hotly-anticipated reversal of Roe, pro-abortion activists have been working on a number of strategies, among them rooting out the “right” to abortion in the prevailing interpretations of state constitutions, which had been unaffected by the U.S. Supreme Court. Pro-lifers in several states have pushed amendments similar to the one in Kansas; Kentucky will vote on an amendment in November, and efforts are underway in Iowa and Pennsylvania to get amendments on future ballots.