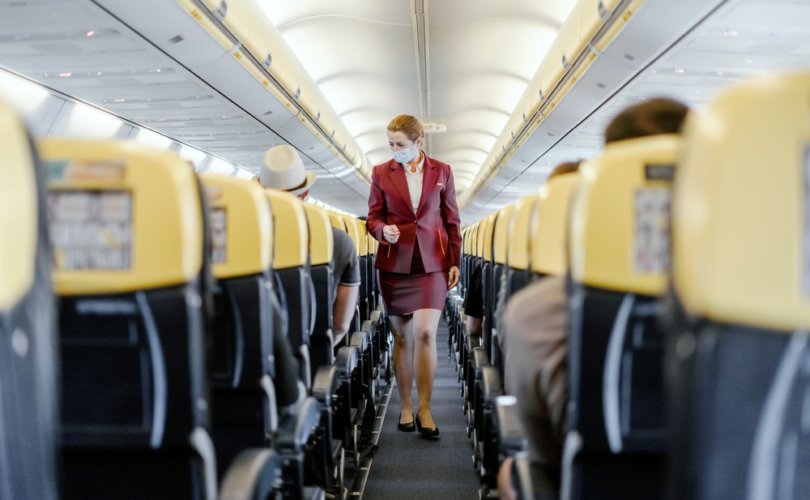 WASHINGTON, D.C. (LifeSiteNews) — The Biden administration’s Department of Justice has filed an appeal seeking to overturn a federal judge’s Monday ruling which struck down the CDC mask mandate for public transportation.

The federal agency filed its appeal to overturn the ruling following a Wednesday statement from the CDC arguing that the mask mandate was still necessary for “protecting the public health of our nation.”

The DOJ had previously signaled in a Tuesday press release that it would challenge the decision if the CDC continued to assert that the mask mandate “remains necessary for public health.”

The U.S. Department of Justice said it’s appealing the decision by a federal judge that voided the mask mandate for public transportation.https://t.co/rH8IW2KI8F

The decision the Justice Department is seeking to reverse was handed down April 18 by Florida-based U.S. District Judge Kathryn Kimball Mizelle, a Trump-appointee who previously clerked for conservative Supreme Court Justice Clarence Thomas.

In her 59-page ruling, Mizelle argued that the CDC lacked the authority to impose its sweeping mandate.

“Because ‘our system does not permit agencies to act unlawfully even in the pursuit of desirable ends,’ the court declares unlawful and vacates the mask mandate,’ Mizelle wrote.

Within hours of the Monday decision, major U.S. airlines and public transportation companies announced they were scrapping their mask mandates.

Videos shared to social media have shown many airline passengers and crew members celebrating the removal of the mask mandate.

Plane applauded as the stewardess announced the end of the mandate. She broke into tears as she got to take off her mask for the first time in 2 years 😭 pic.twitter.com/WlCpZk30QM

It remains to be seen how airlines and other transportation companies will respond to the federal government’s decision to appeal the reversal of the mandate.

“We were on the road, I think, to removing the masks even before the judge’s ruling,” Kirby said in an interview with “Today.”

“This appeal is mostly about jurisdiction,” Kirby said. “I think it’s very unlikely the mask requirement is going to come back anytime in the foreseeable future.”

CEOs of 10 major US airlines call on Biden to drop ‘outdated’ mask mandate for planes, airports