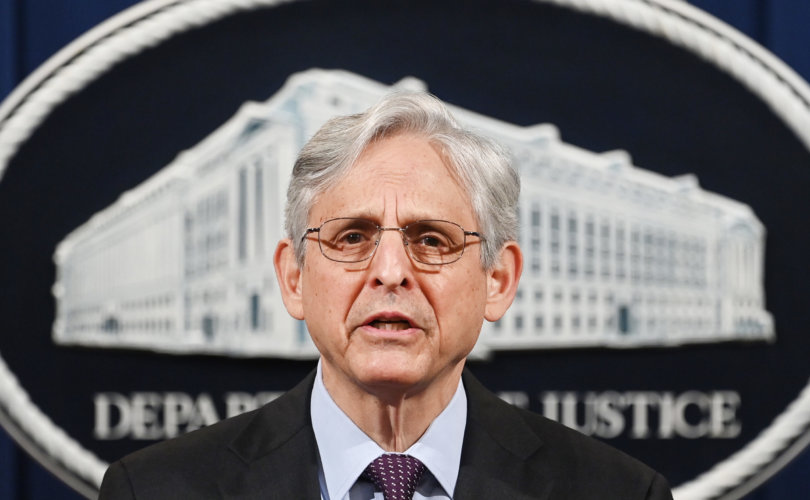 WASHINGTON (LifeSiteNews) — The Biden administration is treating parent hostility toward education officials across the country as  a matter of potential terrorism to be tracked using counterterror tools, according to insider documents released this week by Republicans on the House Judiciary Committee.

“We share an obligation to ensure all individuals are able to do their jobs without threats of violence or fear for their safety. This can only be accomplished with effective coordination and engagement with our law enforcement partners and United States Attorney offices,” reads the joint email from the FBI’s Criminal Investigative and Counterterrorism Divisions. “As a result, the Counterterrorism and Criminal Divisions created a threat tag, EDUOFFICIALS, to track instances of related threats.”

“We ask that your offices apply the threat tag to investigations and assessments of threats specifically directed against school board administrators, board members, teachers, and staff,” the email continues. “The purpose of the threat tag is to help scope this threat on a national level and provide an opportunity for comprehensive analysis of the threat picture for effective engagement with law enforcement partners at all levels.”

Critically, the email confirms that this threat tag was created in response to Attorney General Merrick Garland’s October 4 memo alleging a spike in threats to educators driven by opposition to the use of controversial instructional materials based on “critical race theory” (CRT), which asserts that race is a “socially constructed (culturally invented) category that is used to oppress and exploit people of color” through American institutions.

Rep. Jim Jordan of Ohio, the committee’s ranking Republican, wrote Garland a letter seeking answers about the email, and apparent contradictions between it and Garland’s testimony before Congress.

“Specifically, you testified that you could not ‘imagine any circumstance in which the Patriot Act would be used in the circumstances of parents complaining about their children, nor … a circumstance where they would be labeled as domestic terrorists,’” Jordan writes. “You also testified: ‘I do not think parents getting angry at school boards for whatever reason constitute domestic terrorism. It’s not even a close question.’”

Garland’s announcement followed a letter by the leaders of the National School Board Association (NSBA) to President Joe Biden alleging that a smattering of examples of alleged unruly behavior at various school board meetings, all of which (if illegal) fell within the scope of local law enforcement, “could be the equivalent to a form of domestic terrorism and hate crimes.” Emails later showed that the White House gave feedback on the letter’s contents prior to Garland’s public reaction.

The situation elicited a harsh backlash from Americans who accused the Biden administration of using the nation’s law enforcement apparatus to intimidate concerned parents for exercising their constitutional speech and assembly rights, and it later came out that one of the letter’s chief supporting examples of “disorderly” parents, Scott Smith of Loudoun County, Virginia, was actually trying to confront school board members about the district allegedly covering up the rape of his daughter by a “transgender” student in the girls’ bathroom.

Democrats’ pushback against parents’ educational concerns has been credited as a significant factor in Republicans’ October takeover of the Virginia governorship and House of Delegates.