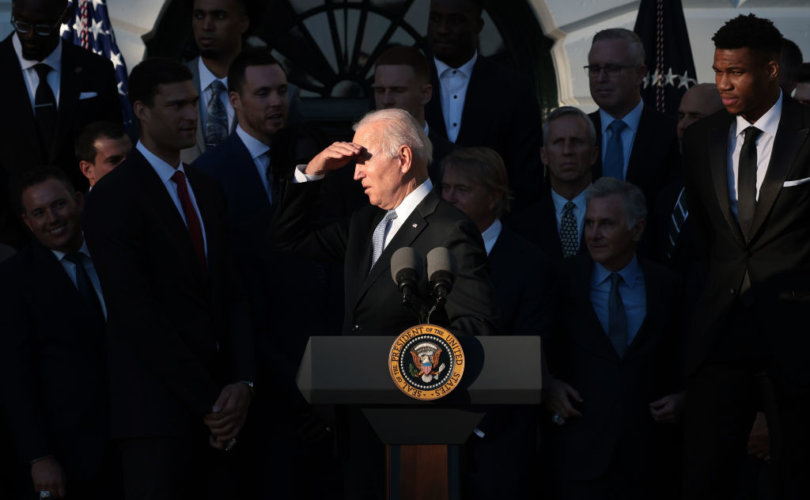 The UNFPA, which lists the Bill & Melinda Gates Foundation as one of the major contributors, also works closely with the International Planned Parenthood Federation and MSI Reproductive Choices (formerly Marie Stopes International), two of the largest abortion providers in the world, according to the Center for Family and Human Rights (C-Fam).

C-Fam research director Dr. Rebecca Oas, who provided a breakdown of the recent announcement, lists the products provided by the UNFPA, including “a portable abortion device called the manual vacuum aspirator” and “the abortion-inducing drugs misoprostol and mifepristone.”

According to Oas, an MVA works by using “suction to evacuate the uterus” and is “frequently used in early-term abortions.”

The abortion-inducing drugs misoprostol and mifepristone, are used widely in early abortions. According to a company that provides the drugs, Just the Pill, these pills are 95–98 percent effective when used in the first 10 weeks of a pregnancy, which is roughly one month after the child has a detectable heartbeat.

When it comes to abortion-inducing drugs, this is the second time the Biden administration has gone out of its way to increase their proliferation.

Despite FDA (Food and Drug Administration) regulations requiring an in-person visit with a medical professional before a woman is prescribed mifepristone, the safety protocol was waived in April, allowing the drug to be mailed to women “for the remainder of the COVID-19 pandemic” without ever having to see a doctor.

Chemical abortion, or “abortion with pills,” is a massive industry in America. According to the pro-abortion Guttmacher Institute, a whopping 39 percent of all abortions are performed with these drugs.

With the Guttmacher Institute data showing that roughly 850,000 babies are killed each year in America under the guise of “women’s rights,” these abortion pills are responsible for over 330,000 deaths per year.

According to a 2009 study published in the journal of Obstetrics and Gynecology, researchers discovered an approximate 20 percent rate of complication with abortion drugs, including links to the deaths of 24 women.

According to Oas, “The U.S. does not directly fund abortions overseas due to the 1973 Helms Amendment to the Foreign Assistance Act. This law has always been interpreted to prohibit the procurement of abortion-inducing commodities …”

However, “Since the U.S. contribution to UNFPA Supplies does not directly fund abortions, it may escape violating the Helms Amendment, but there is no doubt that it will in effect export abortion around the world.”