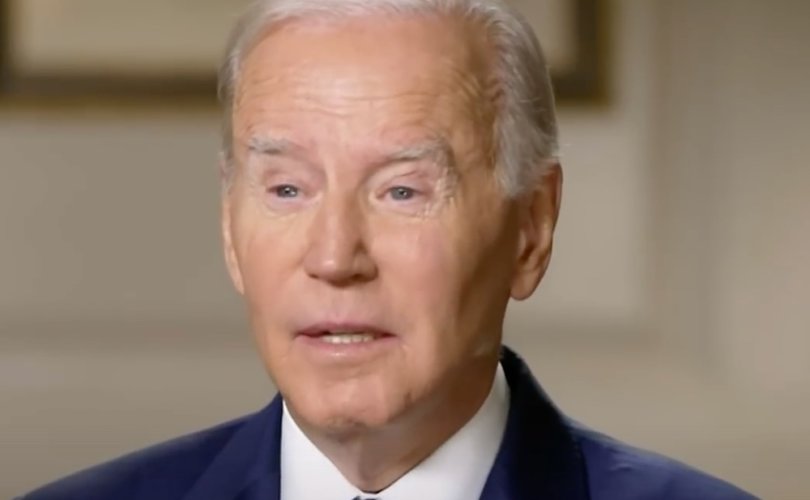 (LifeSiteNews) — In the wake of the first national March for Life since the overturning of Roe v. Wade, President Biden issued a memorandum instructing government agencies to ensure access to the abortion pill across the country.

“My Administration remains committed to supporting safe access to mifepristone, consistent with applicable law, and defending women’s fundamental freedoms,” the memo states. “Defending and protecting reproductive rights is essential to our Nation’s health, safety, and progress. It is the policy of my Administration to protect against threats to the liberty and autonomy of those who live in this country.”

The announcement ordered the HHS, DHS, and Attorney General to “consider issuing guidance for patients seeking legal access to mifepristone, as well as for providers and entities, including pharmacies, that provide reproductive healthcare and seek to legally prescribe and provide mifepristone.”

Biden added that the agencies should implement “further actions, as appropriate and consistent with applicable law, to educate individuals on their ability to seek legal reproductive care [sic], free from threats or violence.”

The memo also emphasizes guiding women in “addressing these barriers” which may inhibit their ability to obtain abortion pills to kill their unborn babies.

Mifepristone, when taken with misoprostol, causes the death of a developing child by first preventing progesterone from reaching the baby in the womb and then inducing labor.

In July 2022, shortly after the historic Dobbs ruling, Biden signed an executive order promoting abortion, specifically in the form of medication. The order also supports abortion on demand until the moment of birth.

The January 22 order comes weeks after the U.S. Food and Drug administration (FDA) lessened its restrictions on mifepristone, allowing retail pharmacies to carry the drug after completing a simple approval process. Additionally, the new guidelines allow for prescriptions to be provided by any medical professional who fulfills simple qualifications and permits women to pick up the drug at a pharmacy instead of a medical clinic, limiting the amount of medical supervision and posing greater risk to women.

Although promoted by major health organizations and mainstream media as a safe and effective form of birth control, mifepristone has been found to cause serious adverse effects for women taking the drug, including severe hemorrhaging and sepsis.

The Biden administration’s consistent push to ensure access to medication abortion since the overturning of Roe has received pushback from pro-life organizations as well as conservative leaders.

“The FDA doesn’t seem to care who dies after taking chemical abortion pills, as long as a baby’s life is also ended,” Students for Life of America president Kristan Hawkins said in a January 6 press release. “Even as the death count of women taking chemical abortion pills has gone up along with the distribution of these deadly drugs, they claim there is nothing new to consider. This reckless abuse of power makes it easier for abortion vendors to profit by ignoring the needs of women.”

The attorneys general—who represent states including Alabama, Florida, Texas, and Wyoming—stated that the FDA’s “decision to abandon commonsense restrictions on remotely prescribing and administering abortion-inducing drugs is both illegal and dangerous. In direct contravention of longstanding FDA practice and congressional mandate, the FDA’s rollback of important safety restrictions ignores both women’s health and straightforward federal statutes. We urge you to reverse your decision.”