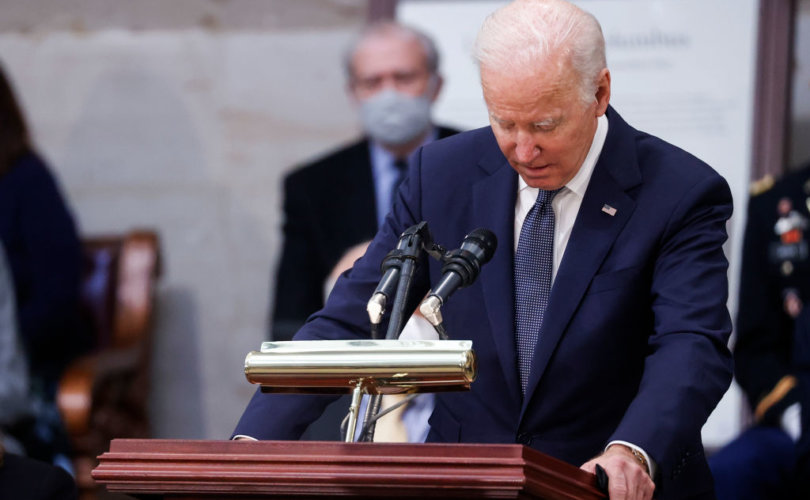 WASHINGTON (LifeSiteNews) — President Joe Biden would be the 2024 choice of only 22% of all registered voters, according to a poll released December 6.

The TIPP insights poll asked 1,013 registered voters whom they wanted to run for president on the Democratic ticket in 2024.

Just 22% of all voters surveyed picked Biden, though he is still the top choice among his party’s base. The poll reported that 37% of Democrats want him to run in 2024.

Vice President Kamala Harris is the pick of only 12% of registered voters and the top choice of 16% of Democratic voters.

Secretary of Transportation Pete Buttigieg is the top choice of only 4% of all voters and 3% of Democrats for the 2024 Democratic nominee.

The polling company provided analysis on its finding.

“It’s no shock, of course, that just 8% of Republicans preferred Biden to be the Democrats’ candidate,” Terry Jones wrote. “That’s to be expected, especially given the sharp political divisions now apparent across the spectrum.”

However, independents, who can make up one-third of voters, are not keen on Harris or Biden.

“But only 8% of independents and other non-major party voters also want Biden back as Democratic standard-bearer,” Jones wrote. “And 10% want Harris, not Biden.”

“For Biden, that suggests near non-existent support among independents, the swing voters who make up a third or more of all those who go to the polls each election,” Jones said.

An October poll by TIPP insights reported that 55% of swing voters are not confident in Biden’s ability as commander-in-chief.