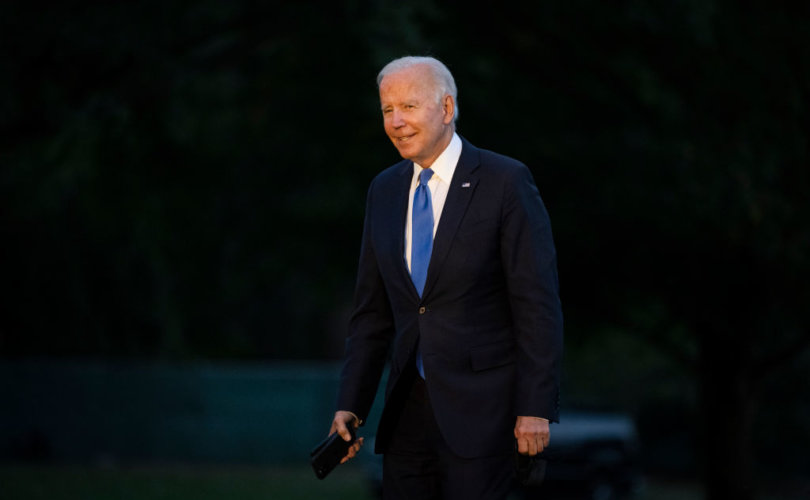 WASHINGTON (LifeSiteNews) — The Biden Department of Justice (DOJ) filed an emergency application Monday urging the U.S. Supreme Court to halt enforcement of a Texas law banning abortion once a heartbeat is detectable, after a lower court declined to do so.

Earlier this month, U.S. District Judge Robert Pitman granted the Biden Justice Department’s request to temporarily block enforcement of the Texas Heartbeat Act, which requires abortionists to screen for a preborn baby’s heartbeat and prohibits abortion if a heartbeat can be heard (generally as early as six weeks), with exceptions only for medical emergencies. Texas appealed the decision to a panel of the Fifth Circuit Court of Appeals, which reversed Pittman and restored enforcement.

The law’s unique enforcement mechanism, which “exclusively” empowers private citizens to bring civil suits against abortionists instead of state prosecutions, has been credited for the U.S. Supreme Court’s surprising September decision not to block it from taking effect, as well as the decisions of abortion chains Planned Parenthood and Whole Woman’s Health to temporarily suspend abortions past six weeks in the state.

Now, the Daily Caller reports, the Biden administration is trying the Supreme Court again, with a motion declaring the Texas Heartbeat Act “clearly unconstitutional” and arguing that instead of “forthrightly” asking the court to reconsider its current abortion precedent, “Texas took matters into its own hands by crafting an ‘unprecedented’ structure to thwart judicial review.”

The high Court’s previous 5-4 decision was based not on the merits of the law, but on the lack of an actionable enforcement suit so far that could give the abortion industry standing to seek relief. The DOJ application argues that abortion centers are currently suffering real-world harm due to the uncertainty the law forces on them; this was equally true in September, however, so it is unclear if the Supreme Court will respond any differently this time.

Ultimately, the Supreme Court will determine the fate of the Texas Heartbeat Act and other abortion bans one way or another, most likely in an upcoming case concerning Mississippi’s ban on abortion at 15 weeks. All interested parties are anxiously awaiting such a showdown, as it is expected to be the most conclusive test yet as to just how pro-life the Supreme Court’s current majority truly is.