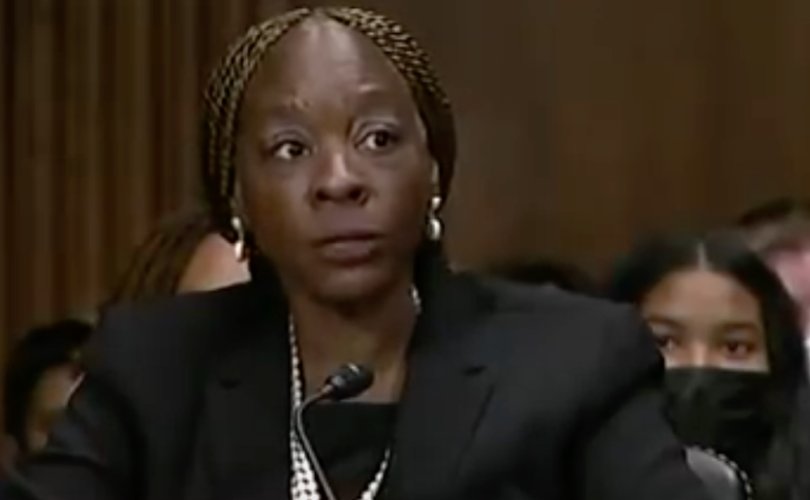 WASHINGTON, D.C. (LifeSiteNews) — President Joe Biden’s nominee for the Eleventh Circuit has faced criticism this week for her work with the Southern Poverty Law Center (SPLC).

Nancy Abudu began working at the SPLC in 2019.

The leftist organization has faced criticism for its broad definition of hatred, including groups that oppose so-called same-sex “marriage”, running a questionable fundraising campaign, and working with Amazon to decide who is worthy of participating in its donations program.

“I can’t believe you’ve even been nominated” pic.twitter.com/ieINaty0uc

“The SPLC has been labeled by the left-wing policy journal Current Affairs as an ‘outright fraud,'” Senator Josh Hawley said on Wednesday. He quoted one leftist who referred to the SLPC as “one of the greatest frauds” and cited a profile on former SPLC employees who called the operation a “con.” He also noted that SPLC had to pay $3.4 million to settle defamation claims against it.

“Are you concerned by any of this record?” Senator Hawley asked Abudu. The judicial nominee referred to her work to “uphold the Constitutional rights of individuals who, without pro bono counsel, would not even be able to have access to justice.”

“I can’t believe you’ve been nominated for this position,” Hawley said in response. “I can’t believe that the president of the United States would nominate someone from this organization, with this record.”

Senator Ted Cruz also questioned Abudu on her association with an organization that had labeled him, Hawley, and Senator Marsha Blackburn of Tennessee as “white supremacists.”

Abudu said she was “not familiar” with the SPLC’s designation of the three conservative senators as “white supremacists.” She said that work is done “by another department.”

“How many members of the United States Senate do you believe are white supremacists?” Senator Cruz asked.

Ted Cruz: “Your current employer has labeled three members of this committee, myself, Senator Hawley and Senator Blackburn as white supremacists. Do you agree with that?”

Circuit judge nominee Abudu: “I have never referred to you our any member of this committee in that way.” pic.twitter.com/CedpEiYYrG

Abudu said now, sitting in front of the senators, she wouldn’t call anyone a white supremacist. She referred to her work on “voting rights” when asked if she was “proud” to work for an organization that labels senators as white supremacists.

Cruz questioned how conservatives and pro-lifers could feel confident appearing in court in front of her.

The SPLC’s rhetoric has come under criticism before, including in connection with a violent criminal who entered a conservative, pro-family organization’s offices armed with guns and ammunition. He also had a bag of Chick-fil-A sandwiches, apparently in reference to the company’s founder’s support for Biblical marriage.

“Let me be clear that Floyd Corkins was responsible for firing the shot yesterday,” FRC’s president Tony Perkins said in 2012. “But Corkins was given a license to shoot an unarmed man by organizations like the Southern Poverty Law Center that have been reckless in labeling organizations hate groups because they disagree with them on public policy.”