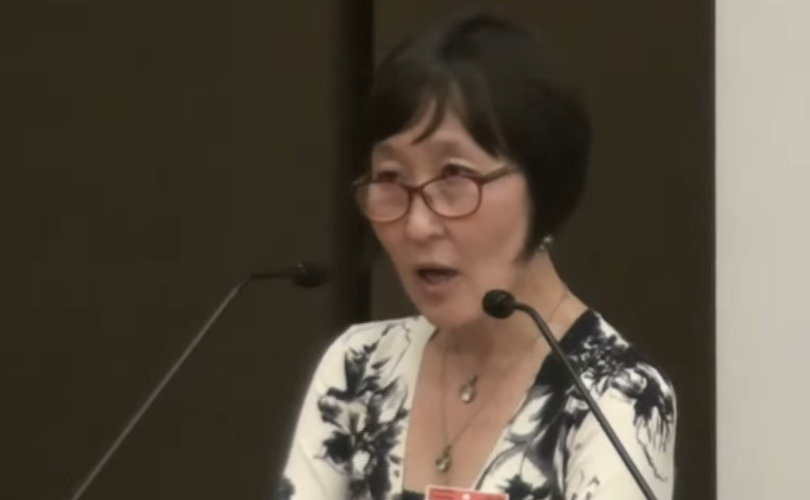 WASHINGTON (LifeSiteNews) — President Joe Biden’s nominee for the Office of Comptroller of the Currency, a position within the Treasury Department, previously called for the elimination of all “private bank accounts.”

Omarova, a Cornell University law professor who attended undergraduate school in Moscow, Russia, on a “Vladimir Lenin Scholarship,” is an advocate of major changes to the financial system. Her nomination is pending in the Senate as of November 15, due to her previous affiliations and statements. The Comptroller of the Currency oversees the nation’s banking system.

“There will be no more private bank accounts, and all of the deposit accounts will be held directly at the Fed,” Omarova said in a March 2021 speech.

She made the comments during a “thought experiment” about what would happen if the United States implemented the ideas found in her paper on transforming the financial system.

“Imagine what would it be like if instead of being just a public option for deposit banking this would be actually the full transition, in other words, there will be no more private bank deposit accounts and all of the deposit accounts will be held directly at the [Federal Reserve] and there are very interesting implications from that thought experiment,” Omarova said.

One version of her paper calls for “structural reforms that would radically redefine the role of a central bank as the ultimate public platform for generating, modulating, and allocating financial resources in a democratic economy — the People’s Ledger.”

“By separating their lending function from their monetary function, the proposed reform will effectively ‘end banking,’ as we know it,” Omarova said.

Omarova has also faced criticism from Senate Republicans for apparently scrubbing her undergraduate thesis paper from the Internet. Pennsylvania Republican Sen. Pat Toomey asked Omarova for a copy of her paper, “Karl Marx’s Economic Analysis and the Theory of Revolution in The Capital.”

“These are very, very radical ideas. In fact, I don’t think I’ve ever seen a more radical choice for any regulatory spot in our federal government,” Toomey said in October, referring to the nominee’s views on banking.

The White House said it still supports her nomination.

“Saule Omarova is eminently qualified and was nominated for this role because of her lifetime of work on financial regulation, including in the private sector, in government and as a leading academic in the field,” the White House told Fox Business last week. “The White House continues to strongly support her historic nomination.”

A red state Democratic senator may join his colleagues in blocking Omarova, however.

“Some of Ms. Omarova’s past statements about the role of government in the financial system raise real concerns about her ability to impartially serve at the Office of the Comptroller of the Currency, and I’m looking forward to meeting with her to discuss them,” Sen. John Tester of Montana said last week.

Omarova has made comments critical of the oil industry. Her comments can be seen in two videos posted by the conservative American Accountability Foundation.

If you thought Biden nominee Saule Omarova’s plan to bankrupt the fossil fuel industry was a slip of the tongue, watch her discuss how to:

“Starve them of their sources of capital.” pic.twitter.com/MNXl7dIxUN

She referred to the coal, oil and gas industry as “troubled.”

“We want them to go bankrupt if we want to tackle climate change,” Omarova said.

The way to get rid of “carbon financiers” Omarova says in a separate video, is to “[s]tarve them of their sources of capital.”