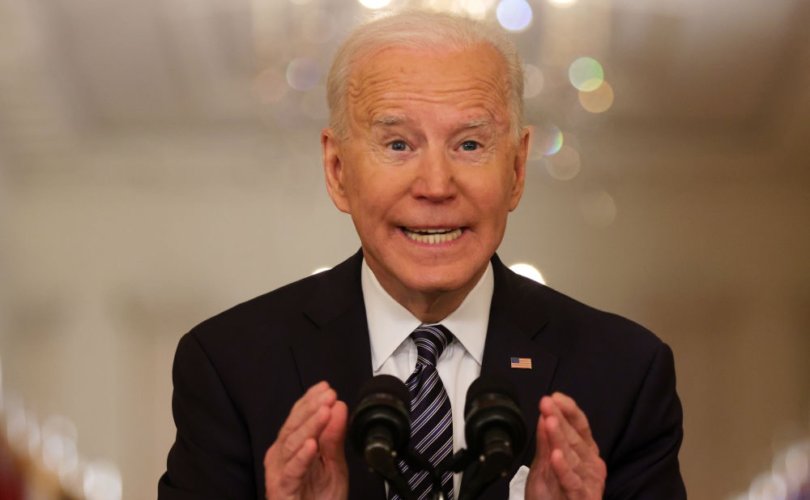 The order makes a litany of changes in order to “advance diversity, equity, inclusion, and accessibility (DEIA) in the Federal workforce,” according to a White House fact sheet. It tasks every federal agency with “assessing the current state of diversity, equity, inclusion and accessibility within their workforces, and developing strategic plans to eliminate any barriers to success faced by underserved employees”; and encourages the establishment or elevation of “Chief Diversity Officers” within all agencies, among other provisions dealing with issues such as “pay inequity” (which the document claims disproportionately impacts minorities), workplace sexual harassment, and reduced reliance on unpaid internships.

Of particular note is a provision on expanding “diversity, equity, inclusion, and accessibility training throughout the Federal workforce,” for the purpose of “building skill sets to promote respectful and inclusive workplaces and have increased understanding of implicit and unconscious bias.”

“Implicit bias” is a prominent theme in the controversial doctrine of critical race theory (CRT), which asserts that “law and legal institutions in the United States are inherently racist insofar as they function to create and maintain social, economic, and political inequalities between whites and non-whites, especially African Americans.” Arguing that CRT promotes anti-American sentiment and racial division, conservatives in several states have moved to ban public schools from promoting it in education curricula.

“It is not clear what are the benefits of providing more power to chief diversity officers across federal agencies or why promoting ‘diversity’ at executive branch agencies such as the Department of the Interior (DOI) should be such a high priority for an agency that is responsible for managing federal land and natural resources across the country,” the American Spectator’s David Keltz wrote. “But perhaps Erica D. White-Dunston, the director of the Office of Diversity, Inclusion, and Civil Rights at the DOI, can help illuminate why we supposedly need more people like her in the federal government.”

Keltz goes on to quote White-Dunston’s Juneteenth newsletter to Interior personnel: “The disproportionate impact of mass incarceration, discriminatory housing policies, and a lack of educational and economic investment in communities, along with the acts of violence and racial profiling incidents that continue to capture national attention, shows that while the African-American community has made progress over the past 150 years, considerable barriers continue to impede that progress.”

“Aside from the fact that virtually nothing in White-Dunston’s statement resembles reality, it appears that under Biden, more divisive people like White-Dunston will soon find themselves in prominent roles in the federal government,” Keltz predicted.