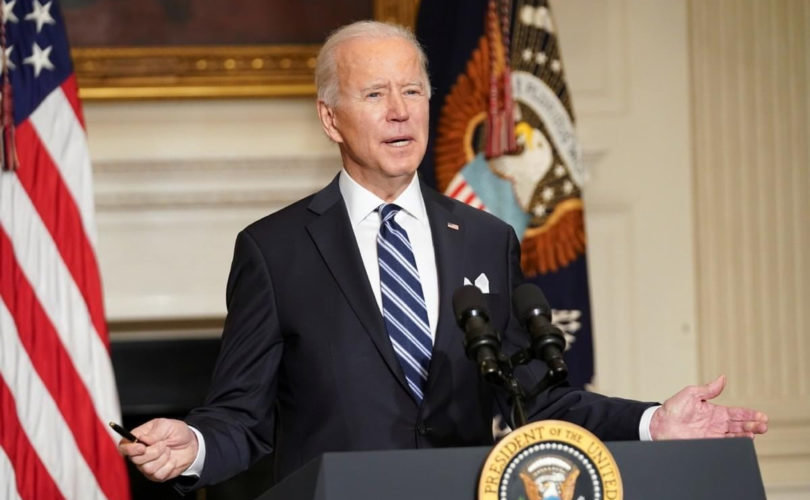 Stern is an adjunct associate professor of international and public affairs at Columbia University, and executive director of the pro-LGBT advocacy group OutRight Action. Biden is slated to formally introduce her to the country in a White House ceremony Friday, The Hill reports.

“At a time when the human rights of LGBTQI+ persons are increasingly threatened in all regions of the world, the Special Envoy will bring together like-minded governments, civil society organizations, corporations and international organizations to uphold dignity and equality for all,” the administration declared in a statement.

The move is just the latest way the Biden administration has gone all-in on the LGBT agenda since taking office. Biden has signed multiple executive orders directing federal agencies to promote LGBT “compliance,” reversed the Trump administration’s ban on gender dysphoria in the military, displayed the transgender flag at the White House, and is allowing U.S. embassies to fly “pride” flags, even at the Vatican.

He also advocates passage of the so-called “Equality” Act, which would force a broad range of public and private entities to accommodate pro-LGBT dogma at the expense of their own constitutional rights, such as forcing religious adoption agencies to place children in same-sex homes; photographers, florists, and bakers to participate in same-sex “weddings”; employers and businesses to accommodate cross-dressing and sex-change treatments regardless of their own values or policies; and women and girls to share sleeping quarters, showers, changing areas, and bathrooms with gender-confused males.

Most recently, the White House chose Wednesday’s 49th anniversary of the passage of Title IX, the longstanding set of rules against sex discrimination in public education, as the occasion to declare that the federal governent intends to force schools to privilege boys who claim to be girls over actual females.

The announcement notified educational institutions that the Department of Education’s Office for Civil Rights (OCR) interprets Title IX’s prohibition on “sex discrimination” to also cover “sexual orientation and gender identity,” and will “fully enforce” this interpretation “in education programs and activities that receive Federal financial assistance from the Department.”