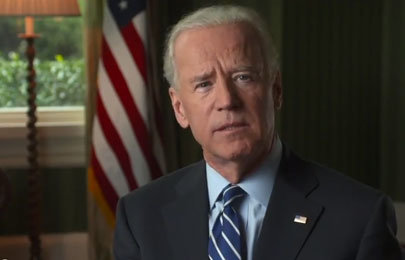 The Supreme Court ruled 7-2 Wednesday that the Trump administration was within its rights to exempt the Little Sisters of the Poor from being forced to include contraception in their health plans despite their religious beliefs. A concurring opinion by Justices Samuel Alito and Neil Gorsuch went further and said that the federal Religious Freedom Restoration Act (RFRA) actually required the exemption; Justice Elena Kagan wrote that while the majority opinion was technically correct she believed supporters of the amendment could still sue to get it reimposed on other grounds.

“As disappointing as the Supreme Court's ruling is, there is a clear path to fixing it: electing a new President who will end Donald Trump's ceaseless attempts to gut every aspect of the Affordable Care Act,” Biden declared following the ruling, Fox News reports. “If I am elected, I will restore the Obama-Biden policy that existed before the Hobby Lobby ruling: providing an exemption for houses of worship and an accommodation for nonprofit organizations with religious missions.”

Biden added that, “as a result of today's decision, countless women are at risk of losing access to affordable, preventive care.”

“Joe Biden’s decade-long war against Catholic nuns and the Little Sisters of the Poor is finally over,” Trump 2020 Deputy Communications Director Ali Pardo responded. “Today’s Supreme Court ruling is a landmark win for religious liberty. Unlike Joe Biden, President Trump has been a staunch defender of religious freedom since taking office and will always fight to defend communities of faith.”

Biden’s latest pledge is in line with the thoroughly pro-abortion platform he’s running on, summarized by a healthcare plan that calls for “codifying” Roe v. Wade in federal law; repealing the Hyde Amendment (which bars direct public funding of most abortions); forcing states to accept Medicare funding for Planned Parenthood; reversing the Mexico City Policy (which bars federal funds from supporting abortion overseas); and directing the Justice Department to “do everything in its power” to block state pro-life laws as modest as parental notification requirements, ultrasound laws, and waiting periods.

During his time in the Senate, Biden generally voted in lockstep with Planned Parenthood and NARAL. As former President Barack Obama’s running mate, he spent eight years in what was arguably the most pro-abortion administration in American history, during which he assured a Chinese audience he “fully understand[s]” and was “not second-guessing” their government’s practice of forcing families into abortion and sterilization.

In the early months of his presidential campaign, Biden formally jettisoned by disavowing his support for the Hyde Amendment after just a day of pressure from pro-abortion activists. Most recently, he declared abortion to be “essential healthcare” that had to continue even as the COVID-19 emergency measures suspended many forms of actual healthcare.

“Joe Biden has removed any remaining doubt about how his administration would mistreat and marginalize Catholics if elected,” Catholic Vote president Brian Burch said in response to Biden’s Wednesday statement. “From his support for taxpayer-funded pro-abortion extremism, to his pledge to continue to harass the Little Sisters of the Poor, Biden will be a wrecking ball against all things that Catholics hold dear. All Catholics in America must speak out forcefully against these threats, lest the Catholic Church in America be trampled.”