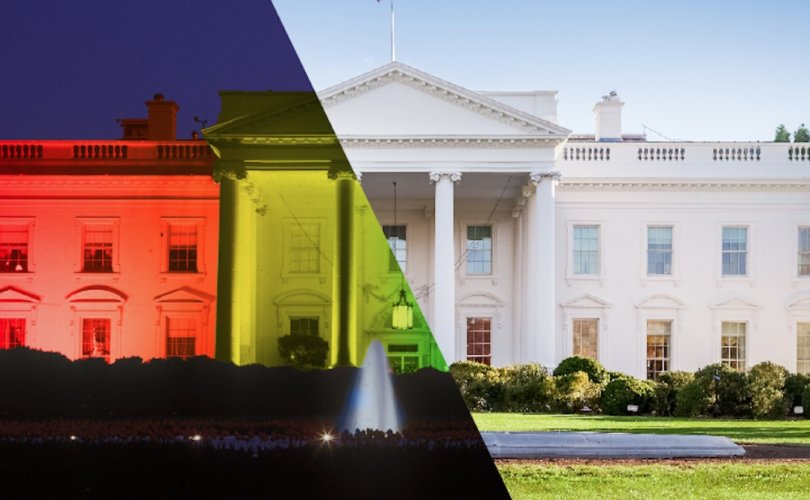 WASHINGTON, D.C., January 20, 2021 (LifeSiteNews) – Just hours after Democrat Joe Biden’s swearing-in as President of the United States, the official White House contact page has already been updated to ask users to include their preferred gender pronouns, another early gift to LGBT activists.

Among the White House website contact page’s usual fields for name, prefix, phone number, and such is a new “pronouns” field, with the options “she/her,” “he/him,” “they/them,” “Other,” and “Prefer not to share.”

That the website was updated so quickly after Biden took over for former President Donald Trump may suggest it was the work of left-wing employees already within the Trump administration, a longstanding source of frustration for Republican presidents. On January 11, a rogue employee updated the State Department’s website to falsely announce Trump had resigned early.

The change is in line with the aggressively pro-LGBT platform Biden ran on, the centerpiece of which was forcing widespread accommodation of homosexuality and “gender fluidity” on private citizens by urging passage of the so-called Equality Act. During the campaign, he went so far as to endorse children as young as eight “deciding” they’re transgender, and earlier this week he chose Pennsylvania Health Secretary Rachel Levine, a man who claims to be a woman, as Assistant Secretary of Health.

During the Democrat presidential primary, Biden’s eventual Vice President Kamala Harris announced at a town hall event that “my pronouns are she, her, and hers.”