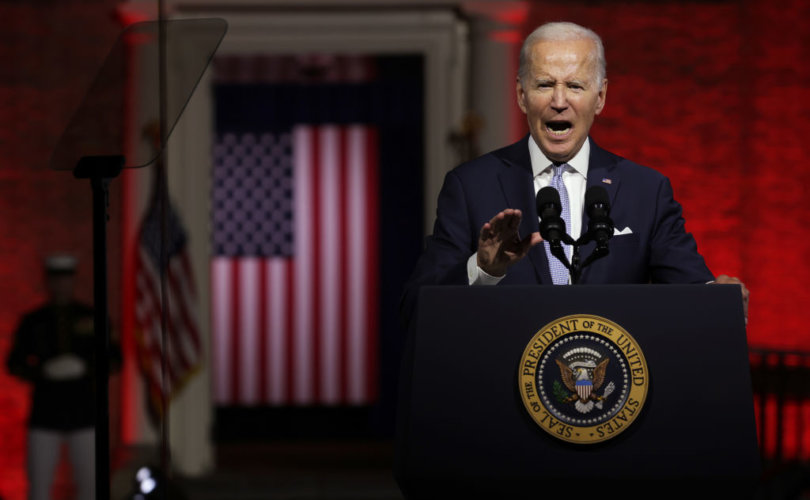 (LifeSiteNews) – A majority of voters are more concerned about the harms from the “Socialist Left” than “MAGA Republicans,” according to a new poll from Harvard University.

The poll asked 1,885 registered voters for their thoughts on American politics.

“MAGA Republicans” is the term used by Biden and his team to describe social and fiscal conservatives who want to abolish abortion or want reforms to the social safety net such as Medicare and Social Security. He and his team have called those Republicans a “threat” to the country.

Voters also are not buying into Biden’s claims that conservative Republicans want to destroy the country.

“Do you think there are tens of millions of dangerous MAGA Republicans backing violence and trying to overthrow the constitution or is that a gross exaggeration and distortion?” the Harvard poll asked.

Most Republicans and independents also believe the president is demonizing conservatives as a way to avoid talking about “inflation, immigration, crime and other issues.”

Sixty-eight percent of independents responded that they believe Biden is not being fair when he attacks “MAGA Republicans” and instead is “trying to avoid talking about inflation, immigration, crime and other issues.” Eighty-one percent of Republicans criticized Biden’s assertions, along with almost one in three Democrats.

The Harvard poll is the latest evidence that Biden’s repeated attacks against half of the country are falling flat and failing to sway Republicans and independent voters.

The Trafalgar Group and Convention of the States surveyed 1,084 likely voters and concluded 56.8 percent of likely general election voters believed Biden’s Philly speech “represents a dangerous escalation in rhetoric and is designed to incite conflict among Americans.”

“Biden did not attack a political opponent last night, he attacked a movement of half the country. MAGA Republicans heard him loud and clear,” Kayleigh McEnany, the former press secretary for President Donald Trump, tweeted in response to the speech.

CNN’s Brianna Keilar found the speech inappropriate. “Whatever you think of this speech, the military is supposed to be apolitical,” Keilar said. “Positioning Marines in uniform behind President Biden for a political speech flies in the face of that. It’s wrong when Democrats do it. It’s wrong when Republicans do it.”