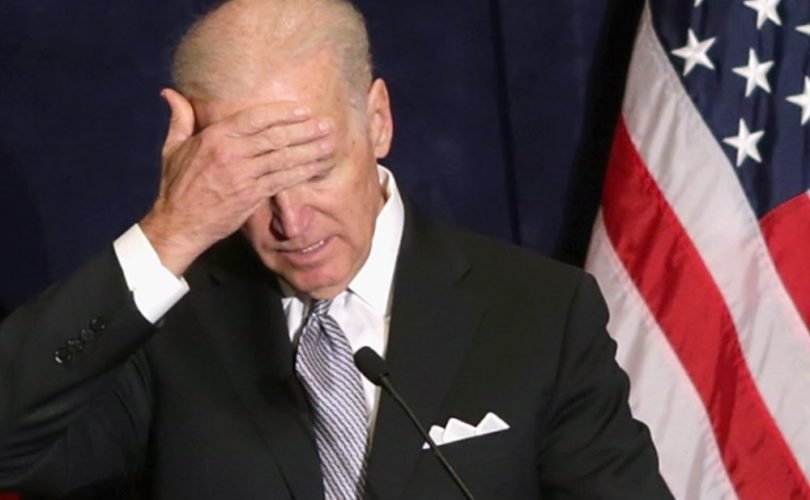 WASHINGTON, D.C. (LifeSiteNews) – The Biden administration’s recent decree that federal workers who decline a COVID-19 vaccine will be subject to regular coronavirus testing and a host of other restrictions is a “threat to civil liberties” and a violation of federal law, says former Trump administration civil rights official Roger Severino.

“Those Federal employees and onsite contractors who are not fully vaccinated or decline to provide their vaccination status must wear a mask, physically distance, and comply with a weekly or twice-weekly screening testing requirement, and are subject to Government-wide restrictions on official travel,” according to a July 29 announcement from President Joe Biden’s Safer Federal Workforce Task Force.

“The goal of the requirement, Biden aides have said, is to render being unvaccinated so burdensome that those who haven’t received shots will have little choice other than to get them,” CNN reported. The announcement has received a negative reception from federal employee unions “representing federal law enforcement officers, IRS managers and members of the U.S. Border Patrol, among others.”

This “vindictive” policy is “flatly unlawful,” argued Severino, the former director of the Office for Civil Rights (OCR) in the U.S. Department of Health and Human Services (HHS) who now leads the HHS Accountability Project at the conservative Ethics and Public Policy Center.

Severino explained that federal law and judicial precedent protect “the option to accept or refuse administration” of vaccines that have not received full approval by the U.S. Food & Drug Administration (FDA), and the COVID-19 vaccines currently available in the United States are made so under an Emergency Use Authorization. Yet the Biden administration argues, in what he calls a “shoddy legal memo,” that this does not preclude “severe consequences for opting-out, such as being summarily fired by their government employer.”

Severino goes on to note that the federal Americans with Disabilities Act (ADA) provides that employers “shall not require a medical examination … unless such examination or inquiry is shown to be job-related and consistent with business necessity,” regardless of whether an exam is specifically related to disabilities. The White House “will claim it has a legitimate business need, but it will be too late because it has already admitted that its actual purpose is bullying.”

“Some argue that even if irrational or retaliatory, forced COVID testing does not impose a big enough indignity to sue over. Let’s not be naïve. The DOJ memo and yesterday’s announcement are merely dress rehearsals for the ultimate goal of imposing a national vaccine mandate,” Severino warned. “When asked yesterday about whether he has the power to do such a thing, Biden said it is still an open question. In truth, the answer comes down to one thing — whether or not Biden thinks he can get away with it. Like the proverbial slow-boiling frog, if there is not a strong reaction now, we’ll all be cooked soon.”

The Biden administration’s promotion of COVID-19 vaccination has grown steadily more aggressive since taking office, previously announcing it intends to send representatives door to door to urge Americans to do so. At the same time, critics say the White House has undermined vaccine confidence with its refusal to disclose how many of its own staffers contracted COVID-19 after vaccination, as well as the president’s recent false claim that “you’re not going to get COVID if you have these vaccinations.”

Many Americans remain concerned that the vaccines have not been sufficiently studied for negative effects given their accelerated clinical trials, and some harbor ethical reservations about the use of cells from aborted babies in their development. Still other simply consider them unnecessary given COVID-19’s high survivability among most groups, low risk of asymptomatic spread, and research indicating that post-infection natural immunity is equally protective against reinfection.