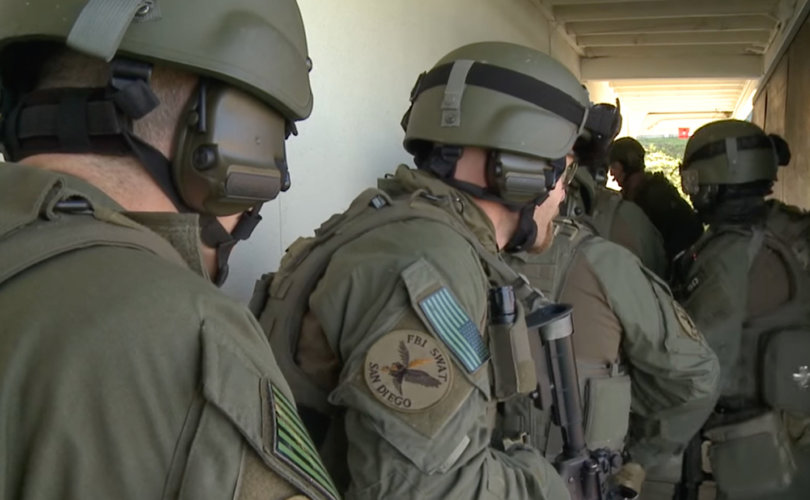 Severino, the former director of the Office for Civil Rights (OCR) in the U.S. Department of Health and Human Services (HHS) who also served in the George W. Bush and the Obama administrations, told the Daily Caller that the “left is out for blood, and Biden’s base is demanding prosecutions and the DOJ [Department of Justice] is providing them.”

The primary example of this is the case of pro-life activist Mark Houck, who while sidewalk counseling outside a Philadelphia abortion facility in 2021 pushed 70-year-old pro-abortion activist Bruce Love, who had been harassing his then-12-year-old son. The family says Houck shoved the man away to protect the child from Love, who was verbally hostile and had intruded on his personal space, and though Love fell down he was uninjured.

The altercation, a local matter that had long since been tossed out of court when Love failed to appear for the hearing, somehow drew the interest of the DOJ under President Joe Biden and Attorney General Merrick Garland, which on the morning of September 23 sent a team of 25 to 30 FBI agents and around 15 vehicles to swarm their property.

Weapons drawn, “they started pounding on the door and yelling for us to open it,” according to Mark’s wife Ryan-Marie. Frightening their children, the agents arrested Houck and took him away, charging him with violating the federal Freedom of Access to Clinic Entrances (FACE) Act, due to a claimed “ATTACK OF A PATIENT ESCORT,” punishable by potentially a decade in prison and a $350,000 fine.

Severino said he “never heard of a charge being so excessive,” calling the situation “law enforcement run amok. The FACE Act had always been enforced very rarely, because the pro-life movement is a movement of peace. All of a sudden, they are inventing cases and doing sham prosecutions in an election year for purely political purposes to go after their political enemies.”

Severino added that the FACE Act also protects access to churches and crisis pregnancy centers, yet the administration has yet to prosecute any of the more-than 150 attacks on both by pro-abortion activists since the U.S. Supreme Court overturned Roe v. Wade in June.

The use of federal law enforcement to retaliate against political opponents has been one of the most alarming facets of the Biden presidency.

Since January 2021, the administration has aggressively pursued individuals alleged to have participated in the January 6 riot at the U.S. Capitol protesting the certification of Biden’s electoral victory over predecessor Donald Trump. In September, an FBI whistleblower, Special Agent Steve Friend, was suspended for protesting the excessive treatment of January 6 suspects accused only of nonviolent misdemeanors, as well as the bureau’s alleged manipulation of information to give the public an inflated perception of the “threat.”

Last year, Garland and the DOJ alleged a spike in threats to educators driven by opposition to the use of controversial instructional materials based on the far-left “critical race theory” doctrine, which was used to stigmatize parents protesting objectionable materials more generally as potential terrorists.