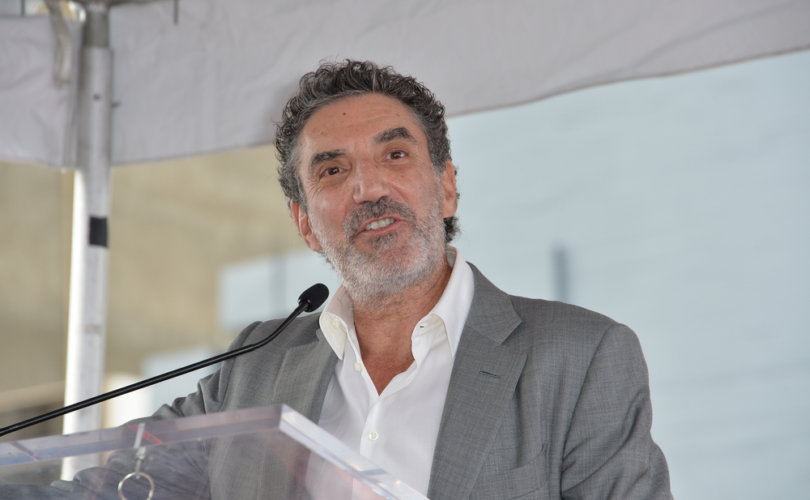 October 31, 2018 (LifeSiteNews) – The Big Bang Theory may be the most widely-viewed TV show in the United States, but its most recent episode ended with a message suggesting its creators want nothing to do with the Republican voters in the audience.

Creator Chuck Lorre, the mind behind dozens of successful series, has a tradition of ending his shows with “vanity cards,” blocks of text in episodes’ closing credits, covering a variety of topics. The card for the October 25 episode of Big Bang’s 12th and final season featured a “prayer” for the imminent midterm congressional elections.

“God, (I call you that even though I suspect thou art well beyond names and words and might actually be some sort of ineffable quantum situation), I humbly beseech thee to make thy presence known on November 6th,” it asked. “Demonstrate your omnipotence through us as we make ink marks on little circles in curtained booths.”

“Of course if you, in your divine wisdom, believe a fascist, hate-filled, fear-mongering, demagogic, truth-shattering, autocratic golf cheater is what we need right now, then, you know, thy will be done,” it continued. “But if thou art inclined to more freedom, more love, more compassion, and just more of the good stuff thou hath been promoting in our hearts or our parietal lobes — either one, doesn’t really matter — I submissively ask that thy encourage voter turnout in that general direction.”

After asking God to “help” Special Counsel Robert Mueller, the card closes by asking Him to “remind those who collaborate with the darkness that thou art the light, and the light is not above whipping out a little Old Testament wrath.”

NewsBusters noted that Lorre’s previous vanity cards have mocked President Donald Trump and other Republicans on various grounds, though this latest card is his harshest yet. Previous cards also derided religion, from claiming “Big Daddy can’t save us” to mocking Mormon presidential candidate Mitt Romney for allegedly wearing “magical underwear.”

The CBS sitcom about the misadventures of nerdy scientists mostly keeps politics out of the show itself. Several jokes over the course of the series have mocked religion, primarily through the character of Sheldon Cooper’s stereotypically-Texan, born-again Christian mother (though the atheist Sheldon often falls victim to his own scientific hubris, and characters Raj and Howard are shown to have some degree of belief in Hinduism and Judaism, respectively).

Pro-lifers have praised the show for pregnancy subplots containing multiple affirmations of preborn humanity, including “my baby has functioning organs and can recognize voices,” and “you guys made a person.” American TV has a long history of humanizing preborn babies based solely on whether or not a pregnancy is “wanted.” Conservatives have also praised star Mayim Bialik for championing modesty in sexually-charged Hollywood.

While Big Bang’s characters may keep their politics to themselves, the stars who play them are just as vocal as Lorre in real life. Bialik, Johnny Galecki, and Simon Helberg have all spoken out against the president and his supporters. Jim Parsons, who plays Sheldon, is “married” to another man and also plays in a variety of dramatic productions with pro-LGBT messages.