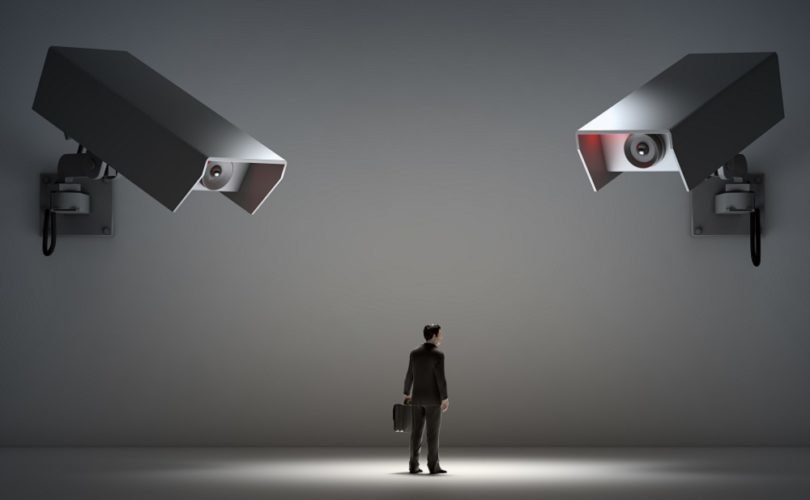 October 3, 2019 (LifeSiteNews) — As part of its increasingly onerous social credit system, Chinese citizens will soon have to undergo a facial-recognition scan to prove their identities before being permitted to install internet access in their homes or on their smartphones.

The new rule issued by the Chinese Ministry of Industry and Information Technology (MIIT) goes into effect on December 1 and is, ostensibly, a move to increase internet security and prevent terrorism.

Critics, however, detect the workings of an autocratic, totalitarian state and claim that the measure will further restrict the freedom of the Chinese people and potentially violate their human rights.

“The reason why the Chinese regime asks people to register their real identities to surf the internet is because it wants to control people’s speech,” U.S.-based commentator Tang Jingyuan recently told The Epoch Times.

“MIIT’s new rule on using facial recognition to identify an internet user means the government can easily track their online activities, including their social media posts and websites they visit,” Tang said.“Then these people become scared of sharing their real opinions online because their comments could anger the authorities and they could get arrested for it.”

Big Brother is getting bigger and invading private lives

China already has the world's largest facial-recognition surveillance system, which it uses to monitor the daily movements and actions of its citizens.

Matt Schrader, editor of the Jamestown China Brief, has cautioned, “While the smart cities of the future could be better, more efficient cities, they could also provide authoritarian regimes with previously undreamt of tools of surveillance and control.”

“China is rapidly adopting CCTV (closed circuit television) surveillance as a means to monitor the movements of its population at a huge scale,” Paul Bischoff, a researcher on surveillance topics, told MailOnline.

“CCTV in China is not just about stopping crime, but also enforcing social norms and behaviors that the government approves of,” he added.

The extent of China’s activities currently in place to monitor ordinary citizens and control their activities is mind-blowing, pushing its reach into the most intimate aspects of their lives.

In some public restrooms, users must first undergo a facial recognition scan before being allotted toilet paper.

And if a pedestrian jaywalks, facial recognition systems immediately charge the offender a fine and subtract points from their social credit score. Additionally, their images and names will get projected onto large LED screens as a means of inflicting public shame.

“What we have now in China is the nightmare of the world’s first truly totalitarian state,” observed Steve Mosher, president of the Population Research Institute and a frequent guest on EWTN’s “The World Over” as an expert on Asian affairs.

“The Left has always said that true totalitarianism is impossible to achieve because there are never enough minders,” Mosher told LifeSiteNews previously. “That’s no longer true.”

“The cyber walls are closing in.”

China’s “Social Credit System” is set to be fully operational next year. Citizens who have a high trustworthiness rating will reap benefits while those with low ratings will be shamed and excluded. The system goes way beyond camera surveillance.

For example, a participant loses points if he neglects to cancel a reservation to a restaurant before his no-show, spends too much time playing video games, makes frivolous purchases, or walks a dog without a leash.

A citizen’s social credit score can be lowered simply by associating online with people who themselves have low scores.

However, he or she wins points for paying bills on time, doing volunteer work, or donating blood.