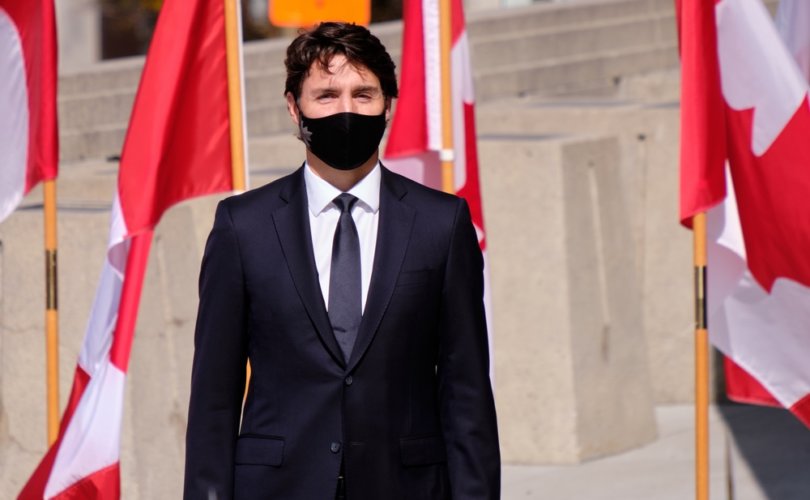 OTTAWA (LifeSiteNews) — One of Canada’s largest media companies, Corus Entertainment, whose many subsidiaries were active in pushing COVID measures and the anti-Freedom Convoy narrative, is actively lobbying the federal government for large sums of taxpayer money.

According to Blacklock’s Reporter, earlier in the week Canada’s House of Commons finance committee released details of a petition from Corus Entertainment wherein the media giant has asked Prime Minister Justin Trudeau’s federal government to subsidize their payroll by 25 percent.

Corus – of which mainstream media outlet Global News is a part – stated in the petition that “Unlike other Canadian news and broadcast content, Canadian broadcast news is not entitled to ongoing, direct financial support from the federal government.”

“Corus urges the federal government to redress this inequity.”

In addition to taxpayer dollars, Corus asked for an explanation as to why only print media outlets got taxpayer-funded wage subsidies.

“While public support for Canadian print journalists is laudable it remains unclear why Canadian broadcast journalists should be entitled to any less support,” wrote Corus managers.

“Respectfully we are unaware of any evidence-based rationale for this policy inequity.”

News media receiving government-funding has been a hot-button issue among Canadians, with many conservatives accusing the mainstream press of being in the pocket of the reigning Liberal Party.

In 2019, Prime Minister Justin Trudeau made an election promise that the Liberals would give legacy media $595 million in federal assistance over four years.

After winning the election, the Trudeau government amended Canada’s Income Tax Act to allow for 25 percent payroll rebates to news companies, a measure which got approval from the minister of revenue.

In September, a Corus executive said that Global News was close to the “brink” of financial insolvency. However, Corus’ latest annual report shows that there is a 38 percent profit margin for its TV stations and a 15 percent margin for its radio outlets.

In order for news organizations to qualify, they must first be given Qualified Canadian journalism organization (QCJO) status by the federal government, a move that has been criticized by the independent outlet Rebel News as tantamount to a state-issued journalism “license” scheme.

Most of Canadians’ ire has been directed at the Canadian Broadcasting Corporation, which in 2021 received $1.4 billion by the Trudeau government, accounting for roughly 70 percent of its total revenue.

Despite government meddling, Canadians’ trust in legacy media is at an all-time low according to a study conducted by Oxford University.

According to the study, only 42 percent of Canadians surveyed trust “most news,” a 13 percent decline from 2016, the year after Trudeau took office.