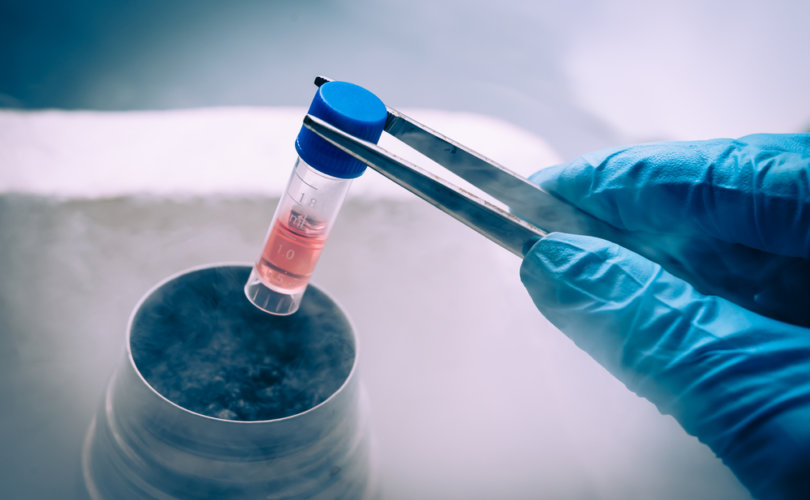 CLEARWATER, Florida, June 5, 2020 (LifeSiteNews) ― The world’s largest company dedicated to vaccines has stopped using fetal cell lines derived from an aborted baby in all of its polio vaccines.

Sanofi Pasteur, the vaccinations arm of the French pharmaceutical multinational Sanofi, no longer produces “Poliovax,” a vaccine that used the aborted fetal cell line MRC-5. According to Children of God for Life, a campaigner for ethical vaccines and medicine, Sanofi Pasteur has also stopped using MRC-5 to manufacture the Pentacel and Quadracel polio vaccines. The company will now use Vero cells, which come from monkeys, to make those vaccines instead. It will also continue to produce the IPOL polio vaccine, which also uses Vero cells.

“This means that for the first time in decades, Sanofi Pasteur will no longer have an aborted fetal version of polio vaccine,” Children of God for Life stated.

MRC-5, otherwise known as Medical Research Council 5, is a “cell line,” or cells cultured from original parent cells. The MRC-5 line has descended from cells taken from the lung cells of a 14-week-old white male child aborted in Britain in 1966. His mother was 27 years old at the time, and the child was aborted for “psychological reasons.” For-profit businesses can buy the cell line developed from his lungs from the Coriell Institute for Medical Research for $257; there are discounts for researchers and non-profits.

But MRC-5 are not the only cells derived from an aborted child. The other most widely used cell line is WI-38, which was first developed in July 1962 from cells taken from a 12-week-old white female child. This too is commercially available for $257.

These cell lines have been used to grow the viruses used in vaccines against measles, mumps, rubella, polio, rabies, and chicken pox. According to Dr. Paul Offit, a vaccination expert at the Children’s Hospital of Philadelphia, it is impossible to remove all of the human cells from the vaccines before they are used. He said, however, that “perhaps billionths of a gram” of the human DNA remains.

Nevertheless, the origins of MRC-5, WI-38 and other fetal cell lines used to produce vaccines deeply trouble many people. Recently, there has been an outcry over the use of fetal cell lines in the production of a vaccine against COVID-19, an undertaking condemned by Bishop Joseph Strickland of Tyler, Texas.

“Tragically, people are not aware of or have chosen to turn a blind eye to the advances in medical science which allow vaccines to be developed with the wholesale use of aborted children’s bodies,” Strickland wrote on April 23.

“Ethical means are available and can prove to be just as effective in developing vaccines; umbilical cells, placental cells, adult stem cells — and other sources of cells, including even those of insects, provide completely viable paths to an effective vaccine,” he wrote.

Now Children of God for Life is encouraging people to write to Sanofi Pasteur to thank them for developing vaccines free from the use of MRC-5 for polio and the coronavirus.

“Sanofi deserves to know our appreciation for listening to public concerns,” Vinnedge said.

An updated list of COVID-19 vaccines that do or do not use fetal cell lines can be found here.

Please direct your thanks to the following address: