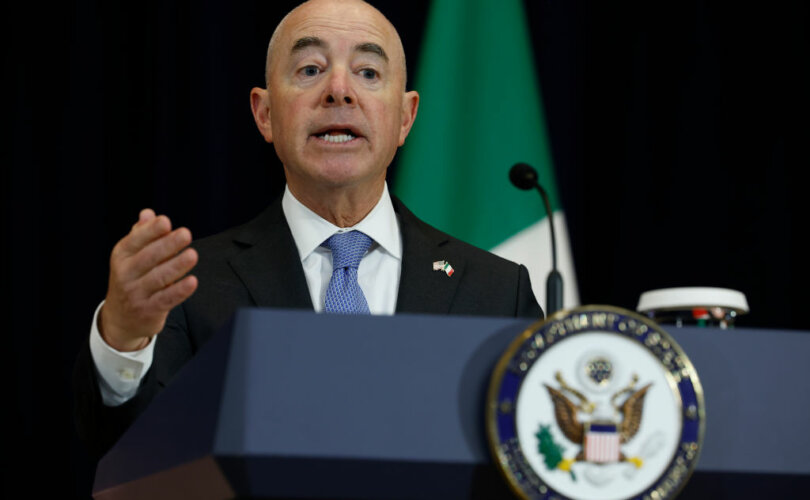 WASHINGTON, D.C. (LifeSiteNews) – Big Tech officials, including a recently-fired Twitter executive, worked closely with the Department of Homeland Security (DHS) to censor information on social media about COVID, the 2020 election, and other topics, according to a report from The Intercept.

The information comes after a lawsuit from Missouri and Louisiana revealed that top FBI, Department of Health and Human Services, and other Biden officials worked alongside Big Tech to shut down a wide range of information, including a parody Facebook account of Dr. Anthony Fauci. The Intercept based some of its reporting on documents obtained through the lawsuit.

DHS also attempted in April to launch a national “Disinformation Governance Board,” but backtracked after facing public pressure.

Twitter’s top censor, Vijaya Gadde, recently fired by Elon Musk in his takeover of the company, met monthly with DHS officials according to text messages obtained by The Intercept.

“Platforms have got to get comfortable with gov’t,” a Microsoft exec reportedly said in a message.

National security officials were involved in the censorship, according to Fang, because “the agency argues false information is a source of radicalization & violence.”

DHS’ mission to fight disinformation, stemming from concerns around Russian influence in the 2016 presidential election, began taking shape during the 2020 election and over efforts to shape discussions around vaccine policy during the coronavirus pandemic. Documents collected by The Intercept from a variety of sources, including current officials and publicly available reports, reveal the evolution of more active measures by DHS.

Homeland Security had broad plans to target “misleading information” for years to come, according to planning documents reviewed by The Intercept.

According to a draft copy of DHS’s Quadrennial Homeland Security Review, DHS’s capstone report outlining the department’s strategy and priorities in the coming years, the department plans to target “inaccurate information” on a wide range of topics, including “the origins of the COVID-19 pandemic and the efficacy of COVID-19 vaccines, racial justice, U.S. withdrawal from Afghanistan, and the nature of U.S. support to Ukraine.”

“The challenge is particularly acute in marginalized communities,” the report states, “which are often the targets of false or misleading information, such as false information on voting procedures targeting people of color.”

The power of the DHS to work with social media companies to police content online goes back to at least the Trump administration, according to the news outlet.

Conservative and leftists both criticized the information revealed in the Intercept report.

“The First Amendment bars the government from deciding for us what is true or false, online or anywhere,” the ACLU tweeted. “Our government can’t use private pressure to get around our constitutional rights.”

“We’ve seen this more and more with the federal government corruptly getting into bed with Big Tech. We now know also that the FBI was actively urging Big Tech to censor the story about Hunter Biden’s laptop,” Sen. Cruz said on Charlie Kirk’s show. “They were doing it, the FBI told Big Tech that was Russian disinformation.”

“That was totally false, we now know the story about Hunter Biden’s laptop was true, it was accurate and Big Tech censored it, forced the corporate media to censor it, and it was actively at the behest of the FBI,” Cruz said.

He wrote that the “blatant censorship WILL NOT be tolerated.”