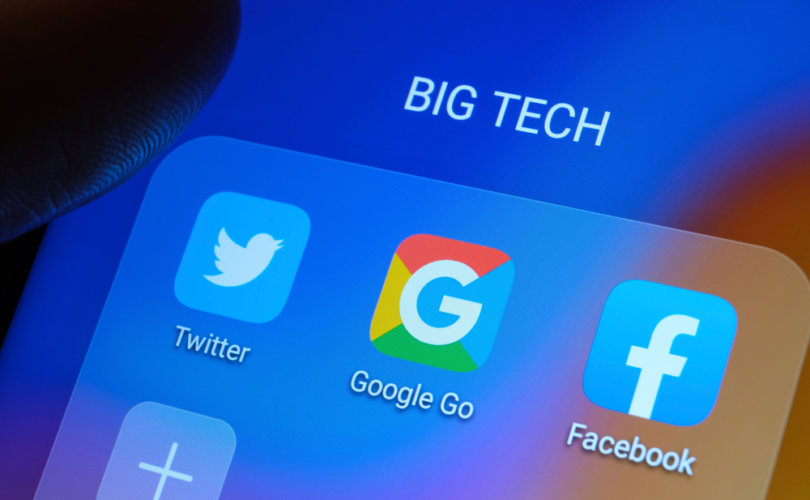 Big Tech on a smartphoneShutterstock

According to The Washington Post, advocacy groups NetChoice and the Computer & Communications Industry Association (CCIA) filed an emergency application with the U.S. Supreme Court on Friday on behalf of Facebook, Google and other Big Tech companies, with the intention of striking down the new Texas law that prohibits censorship based on political ideology on social media.

In a statement about the emergency filing, NetChoice counsel Chris Marchese argues that the Texas law, which went into effect last Wednesday, “strips private online businesses of their speech rights, forbids them from making constitutionally protected editorial decisions, and forces them to publish and promote objectionable content.”

“Left standing, [the Texas law] will turn the First Amendment on its head — to violate free speech, the government need only claim to be ‘protecting’ it,” Marchese added.

Under the law, Texas residents and the state’s attorney general would be permitted to sue social media companies based in the United States if they believe their social media accounts were censored based on their political views.

While the law was initially blocked by a federal district judge after it was signed last September by Texas Gov. Greg Abbot, the injunction was ultimately lifted by an appeals court last Wednesday.

Big Tech companies have been consistently charged with weaponizing their “Terms of Service” agreements with users in an effort to ban or censor those expressing traditionally conservative or right-wing views on their extremely large and influential platforms.

LifeSiteNews has been banned from multiple social media platforms, including Google-owned YouTube, Twitter, and Facebook, for spreading COVID-related “misinformation” by departing from the approved narrative surrounding the so-called COVID-19 pandemic and the experimental gene-therapy shots marketed as vaccines to treat the highly survivable virus.

While Big Tech often uses terms like “misinformation” to censor content, there have been multiple instances in which information has been labeled false, subsequently banned, and then later on confirmed as true.

During the 2020 U.S. Presidential election, for example, Twitter and other outlets censored a story about a laptop containing illegal and comprising information owned by Hunter Biden, the son of then-presidential candidate and now president, Joe Biden.

Social media companies and mainstream media consistently used the label of “misinformation” and even “Russian disinformation” in an attempt to censor and discredit the story until finally admitting the authenticity of the laptop and subsequently the story after Biden was elected president.

The charges of political collusion between Big Tech and the government have only ramped up since then, with billionaire entrepreneur Elon Musk citing such examples of censorship as one of the main reasons he is attempting to close a deal with Twitter and become the company’s sole owner.