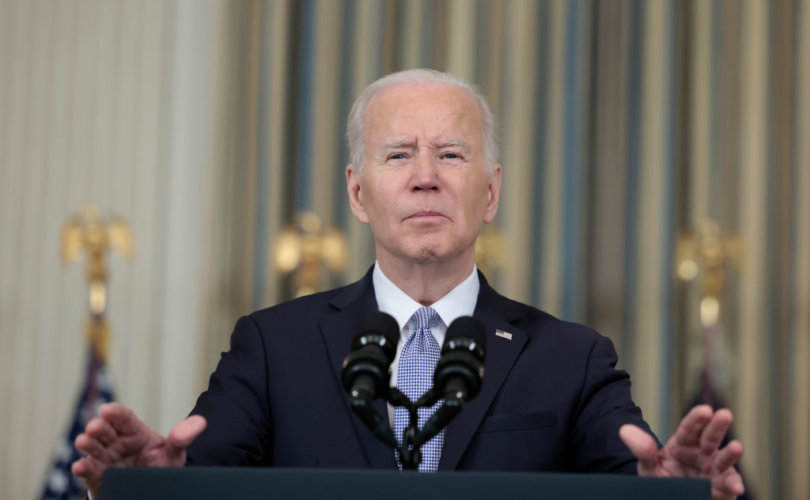 Schmitt posted the documents he obtained as part of his and Louisiana’s lawsuit against the Biden administration and Big Tech companies for allegedly colluding to censor information on social media.

One email from a Facebook employee to two Centers for Disease Control and Prevention (CDC) staffers asked about setting up a monthly “misinfo/debunking” meeting, “in addition to our weekly meetings.”

A February 17 email from a Treasury Department employee to Facebook employees asked about setting up “potential influence operations on social media.”

The Deputy Secretary at Treasury sought to connect with social media platforms and influence operations on social media. pic.twitter.com/MZ46VuUw5X

“The Cybersecurity and Infrastructure Security Agency (CISA) reached out to Twitter, Google, Meta, and Microsoft following the botched rollout of DHS’ Disinformation Governance Board,” Schmitt wrote on Twitter, along with copies of the email. The board has since been disbanded.

“[Department of Justice] identified 45 federal officials who have interacted with social media companies on misinformation,” Schmitt wrote, summarizing his findings on Twitter.

Others emails reveal coordination between Health and Human Services employees, including Surgeon General Vivek Murthy, and Facebook, discussing a “misinformation health advisory” as well as the suppression of information on COVID and potential harms from the jabs. Twitter also hosted a meeting with White House officials to discuss “vaccine misinformation.”

The DOJ is reportedly not turning over its communications as part of the lawsuit, leading to a further filing from Louisiana and Missouri.

“We have already received a number of documents that clearly prove that the federal government has an incestuous relationship with social media companies and clearly coordinate to censor freedom of speech, but we’re not done,” the Missouri attorney general stated in a news release on Thursday. “The Department of Justice is cowering behind executive privilege and has refused to turn over communications between the highest-ranking Biden Administration officials and social media companies.”

“That’s why, yesterday, we asked the Court to compel the Department of Justice to produce those records,” he stated. “We’re just getting started – stay tuned.”

The news adds further information to the idea that Big Tech is not acting independently as a private company, but rather as an arm of the government, according to Newsweek opinion editor Josh Hammer.

“These technology platforms, in short, have proven themselves to not be ‘private’ actors in any meaningful sense of the term,” Hammer wrote in response to the released emails. “They are now direct appendages of the state, and they must be constitutionally treated and regulated as such.”

He referenced Facebook CEO Mark Zuckerberg’s comments on Joe Rogan’s show posted on August 25 that the FBI spoke to his company about stories about Hunter Biden’s laptop being “Russian propaganda.”

The New York Times and The Washington Post belatedly verified the authenticity of the contents of the laptop, but not until after Big Tech censored the story and not until after the 2020 presidential election.