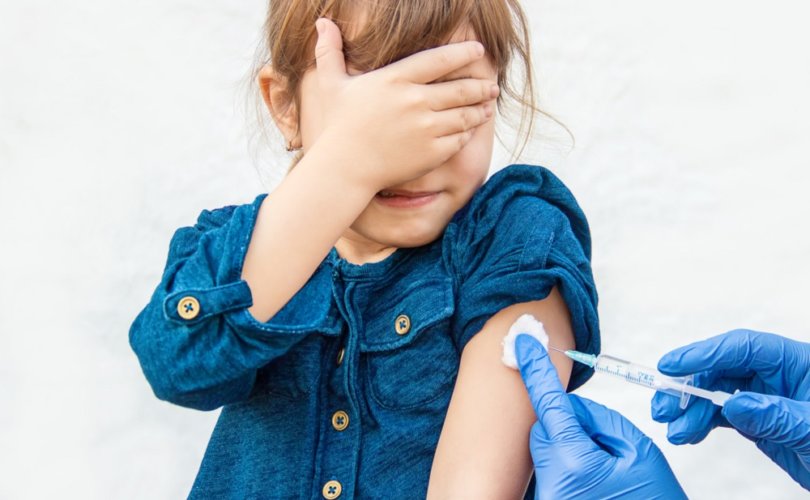 FREDERICTON, New Brunswick, June 24, 2020 (LifeSiteNews) – A controversial bill that would have mandated kids to be vaccinated to attend public schools in a small Canadian province has been defeated. Lawmakers rejected removing “non-medical” religious and philosophical vaccine exemptions from existing law.

Bill 11 An Act Respecting Proof of Immunization, introduced in 2019 by New Brunswicks Minister of Education Dominic Cardy, was defeated 22-20 in a free vote last week.

The bill had the support of New Brunswick minority Progressive Conservative (PC) Premier Blaine Higgs. If it had passed, it would have come into force on September 1, 2021.

Voting for the bill were 13 PC MLAs, which included Higgs and Cardy, and seven members of the Liberal Party.

Voting against the bill were six PC MLAs, 12 Liberals, three People's Alliance, and one independent MLA.

Cardy said he was “deeply disappointed” that the bill did not pass, and that those who voted against it gave into pressure from groups opposing the bill who pushed “medieval conspiracy theories.”

Attorney General Andrea Anderson-Mason was one of the PC MLAs who voted against the bill. She was quoted in a CBC report as saying the reason she opposed the bill was due to a lack of “evidence” that there “had been an impact on the number of immunizations in our province as a result of the anti-vaxx movement.”

“We were not provided with any information to show that people were even using the exemptions, and I think those are critical bits of data,” Anderson-Mason said.

The bill was heavily opposed by Vaccine Choice Canada (VCC), a not-for-profit society founded by families who have suffered from vaccine reactions or injuries.

Ted Kuntz, president of VCC, told LifeSiteNews that defeat of the bill was a “victory.”

“While New Brunswick parents are breathing a sigh of relief, they recognize the need to further educate the public on the need to protect our right to informed consent, bodily sovereignty, and the right of parents to make medical decisions for their children.”

Under current New Brunswick law, kids must show proof of vaccination to attend public schools, but exemptions are given for religious, philosophical, or medical reasons.

Bill 11 would have removed religious and philosophical exemptions as reasons a parent could opt their children out of vaccination to attend school or an early learning and childcare facility. This would have left a medical exemption with a doctor's approval as the only reason one could opt out of getting vaccinated.

The bill was more than a year in the making, and indeed just last week a committee of legislators voted to remove the notwithstanding clause from the latest version in hopes this would ensure its passage.

The notwithstanding clause would have protected the bill from a constitutional court challenge, and its initial inclusion in the bill was heavily criticized.

For his part, Kuntz told LifeSiteNews that the inclusion of the notwithstanding clause by the New Brunswick government was “tacit acknowledgment of the intent” of them to “violate charter rights and freedoms in New Brunswick.”

“Inclusion of the not-withstanding clause resulted in several members of the New Brunswick Legislature to question if the gravity of the issue warranted application of this rarely used section of the Canadian Constitution,” Kuntz told LifeSiteNews.

Kuntz said that it became clear during debate of the bill that the New Brunswick government was not able to “justify these egregious violations of Charter rights and freedoms and the elimination of a critical aspect of ethical healthcare, the right to informed consent.”

The New Brunswick Legislature passed the First Reading of the Act Respecting Proof of Immunization in June 2019. The bill was then referred to the New Brunswick Standing Committee on Law Amendments.

In June, Cardy said the bill was about “our children and ensuring their safety.”

VCC said in 2019 that their opposition to the bill was a “civil rights issue” and not a “medical issue.” They said there was no “medical justification for imposing vaccine mandates” with the bill and that the “risk of vaccine injury is completely ignored by our medical industry and governments.”

Public hearings on the bill were heard in August 2019, and Kuntz himself addressed the Committee on Law Amendments.

In May 2020, Kuntz on behalf of VCC sent an appeal to New Brunswick MLAs. In the appeal, he gave a summary of what he said to the committee in August.

“Bill 39 (11) effectively gives the state the power to decide what is injected into our body and our children,” he said. “This legislation eliminates the medical ethic of informed consent, removes therapeutic choice, denies a parent’s right to make medical decisions for their children, disregards bodily sovereignty, invites discrimination, and undermines a child’s right to a public education. Bill 39 (11) also removes a critical mechanism of accountability – voluntary choice.”