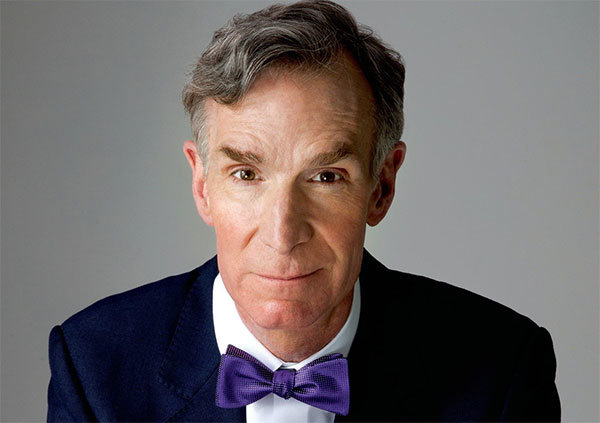 April 26, 2017 (LifeSiteNews) – Bill Nye’s recent raunchy promotion of gender ideology doesn’t only fly in the face of dignity and science, it also conflicts with a previous program produced by the famed “Science Guy.”

“There are only two possibilities” regarding gender, an adolescent actress states in a previous episode of “Bill Nye The Science Guy” on the concept of Probability.

The girl had explained for “The Science Guy” viewers how chromosomes derived from each parent control an unborn child’s gender, before discussing the probability of becoming either a boy or girl.

The segment is clear in expressing the science of how gender is determined.

“I’m a girl,” she states. “I could have just as easily been a boy, though, because the probability of becoming a girl is always 1-in-2.”

“Your mom has two X chromosomes in all of her cells, and your dad has one X and one Y chromosome in each of his cells,” she continues.

She concludes with an explanation of probability as related to gender determination being like flipping a coin, “X you’re a girl, Y you’re a boy.”

A recent episode of Nye’s “Bill Nye Saves the World” Netflix series contained a crude song promoting transgenderism and the notion that gender can be changed.

During the number, “versatile love” is touted and the claim made that “sexuality’s a spectrum; everyone is on it … drag queen, drag king, just do what feels right.”

Nye said this was “exactly the right message.”

Studies, experts and those with experience have said that encouraging transgenderism is damaging to individuals suffering with gender dysphoria, whether done through surgical intervention or otherwise living as the opposite sex.

“The Science Guy” had said in recent years in a video that laws protecting “unborn people” are “based on ignorance” and reflect a “a deep scientific lack of understanding.”

If you support such laws, he said, you “literally or apparently literally don't know what you’re talking about.”

Nye’s primary argument was that human embryos don’t warrant legal protection because many of them succumb to natural causes before they implant in the womb.

In the video, “The Science Guy” used the phrase “didn't become a human” regarding embryos, a presumption that life does not begin at fertilization, which is contrary to science.

Nye’s abortion comments came as the battle for taxpayer funding of Planned Parenthood was heating up in 2015, and the video received positive coverage among liberal media.

Pro-life leaders across the board debunked Nye’s claim that life does not begin at conception by pointing to established scientific data.

The final episode of Nye’s current Netflix series promoted the idea of population control by suggesting the idea of punishing people for their “extra kids.”

In the “Earth’s People Problem” installment of  “Bill Nye Saves the World,” Nye asked, “Should we have policies that penalize people for having extra kids in the developed world?”