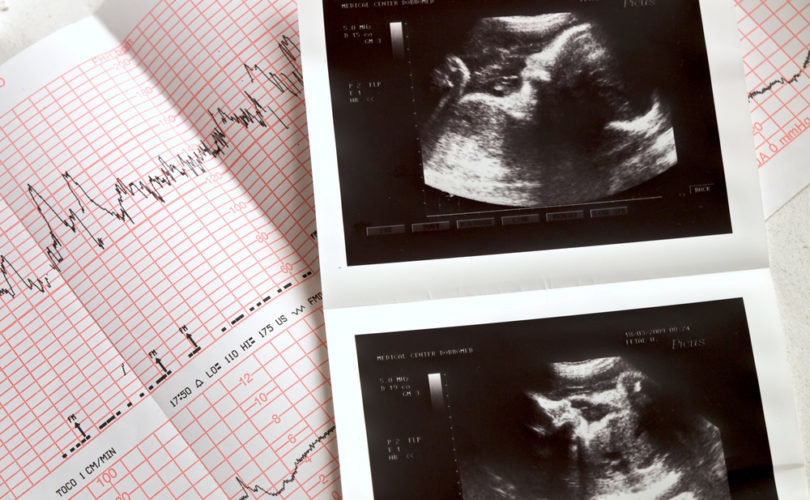 COLUMBIA, April 25, 2019 (LifeSiteNews) — South Carolina came one step closer Wednesday to becoming the latest state to ban abortion once a baby's heartbeat can be detected, with a heartbeat abortion ban clearing the second round in the state House.

Introduced in January, H. 3020 requires anyone committing an abortion to first perform an ultrasound to test for a fetal heartbeat and offer to show the ultrasound images to the pregnant woman. If a heartbeat is found, aborting the baby anyway would subject the abortionist to a fine of up to $10,000 and/or up to two years in jail, except in cases of a physical medical threat to the mother.

Preborn babies' hearts finish forming around seven or eight weeks into pregnancy, so H. 3020 would ban abortions much earlier than Roe v. Wade allows. But many pro-lifers advocate heartbeat bills specifically as vehicles to provoke challenges to finally overturn the 1973 Supreme Court ruling.

“We have a moral obligation to defend life,” Republican state rep. Steven Long has declared. “The court system is primed and ready for a good piece of pro-life legislation. Now is the time we need to be pushing and fighting to get legislation like this passed.”

The House Judiciary Committee voted 15-7 to approve the bill earlier this month, albeit while calling for exceptions for rape and incest, partly out of fear the original version's odds in the state Senate. “Do we terminate that person because of someone else's criminal act?” asked Republican state rep. John McCravy, the bill's lead sponsor.

On Wednesday, after more than five hours of debate, the full House voted 70-31 to give H. 3020 a second reading, the Associated Press reports.

As 8th circuit opined, its time to revisit inconsistent viability framework and give states more say in establishing that line of distinction, taking into account, of course, advances in medicine, etc pic.twitter.com/eKcUKUJdpq

“I'd be willing to stay here all night and bring in a cot,” McCravy declared, according to the Post and Courier. “There's no higher priority than life.”

One measure that did pass was Republican state rep. Nancy Mace's amendment to add rape and incest amendments. “I hope and pray any women or teenager who is raped or assaulted or a victim of incest would choose life,” but “I'm not going to take that (decision) away from anybody else,” she argued, as reported by The State. “You have no idea what a woman or child goes through who is a victim of rape of incest.”

“If a victim of rape should not be blamed, then why should the product of the rape be blamed?” Republican state rep. Jonathan Hill asked Mace in response.

The bill faces one more vote in the House and long odds in the state Senate. While controlled by Republicans, the midterms saw the GOP lose several reliable pro-life votes there — a chamber where Democrats were already capable of filibustering pro-life laws before the election, which Democrat state sen. Marlon Kimpson has threatened to do again.

Further, the measure would require a two-thirds vote to be brought up for consideration because it missed a prior legislative deadline, and less than a week remains in the current legislative session. Still, Republican leaders expressed optimism about the heartbeat ban's long-term prospects.

“Whether the Senate takes it up this year or next year, every time the House has passed something, we move closer to the goal of protecting life,” said Republican House majority leader Gary Simrill, noting that the Senate could take the bill back up next year.

If the bill makes it through the South Carolina Senate, Republican Gov. Henry McMaster is expected to sign it into law.

1
Communications expert explains how to break through to people who won’t question COVID narrative
2
Abp. Viganò: World Health Organization treaty is an attack on national sovereignty, part of a ‘global coup’
3
State Farm backtracks after getting caught promoting LGBT books to 5-year-olds
4
Pro-abortion activists in DC call for killing infants until moment of birth
5
‘You’re a criminal’: Justin Trudeau heckled by Indigenous protesters in British Columbia
Subscribe to Daily Headlines »