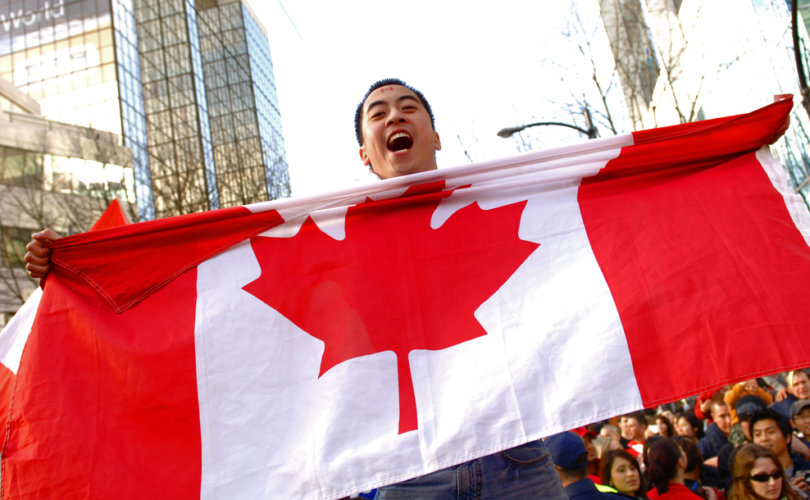 OTTAWA, Canada, June 17, 2016 (LifeSiteNews.com) – Members of the Conservative Party fought to the end. But earlier this week a bill that would rewrite the English version of the Canadian national anthem to make it gender neutral by removing a single masculine reference passed the House of Commons 225 to 74.

Most Tories opposed Liberal MP Mauril Belanger’s private members bill while the other parties supported it. The Tories claimed there had not been enough consultation (the bill spent only one day in committee, which heard only one witness). While in government in 2010, the Tories had proposed a similar bill but backed down because of its unpopularity.

Times change: the new Prime Minister Justin Trudeau has Canada’s first gender-balanced cabinet, and a May 16 poll by Mainstreet Research showed 62% in favour of altering the anthem, while only 19% opposed.

Belanger also made a tremendously popular sponsor, because he is fatally ill with Lou Gehrig’s disease. The Liberals justified rushing the bill because they wanted it made law while Belanger was still alive.

Canada’s anthem is not the only country’s to be lop-gendered. In 2015, inspired by Belanger’s introduction of his bill when the Liberals were in opposition, the British Guardian newspaper attempted a content analysis of 16 anthems and rated Italy’s most sexist. The Song of Italy not only asserts that “every man has the hand and heart of Ferruccio,” (a reference to a 16th Century nationalist hero) but begins with “Brothers of Italy, Italy has awoken.”

Next sexest, calculates the Guardian, are Russia’s and Germany’s with references to the “fatherland.”

In 2012 Austria added “daughters” to its anthem and changed “fraternal choirs” to “jubilant choirs.” But an effort to neutralize Costa Rica’s anthem by excising both “fathers” and “sons” failed in the Supreme Court.

While the French original to Canada’s anthem contained masculine references, these disappeared by the time the song in both languages was made the official anthem in 1980. The English version by Robert Stanley Weir originated in 1908 with no reference to sons at all, but the phrase was added in 1913. That change may have helped make Weir’s version resonate with English Canadians mourning the loss of 60,000 men in the First World War which began a year later. It became the unofficial anthem long before the 1980 act of Parliament made it official.

“We can take our English National Anthem out of the historical, World War I ice box some have put it in,” said Senator Nancy Roth, co-founder of the pro-change Sing All of Us organization. “We can let it thaw a little, grow a little, in this new century. By officially recognizing ‘all of us’ in place of ‘all thy sons’ in the second line of O Canada, we are respecting the past and embracing the future.”