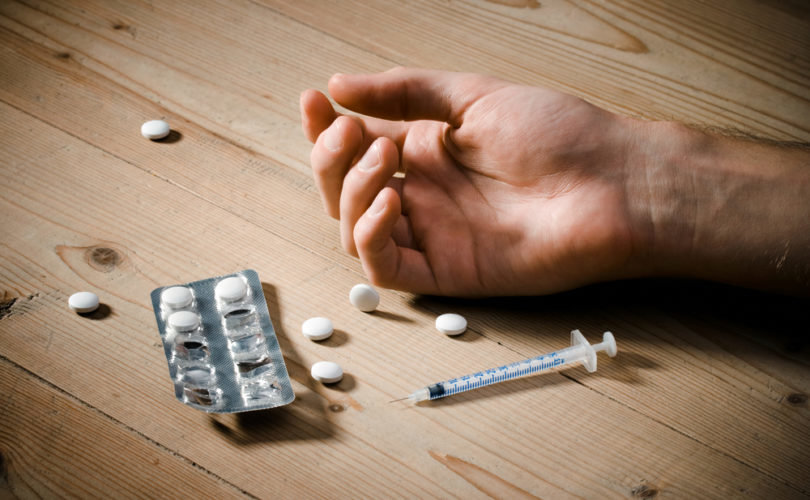 OTTAWA (LifeSiteNews) — A bill to decriminalize small-scale possession of hard drugs across Canada flopped in Parliament after numerous Liberals joined Conservatives to oppose the legislation.

Bill C-216, which was proposed by far-left New Democrat MP Gord Johns, was struck down in a 248-71 vote by Parliament in its Second Reading on Wednesday. While the bill was opposed by the entire Conservative caucus, and many of Prime Minister Justin Trudeau’s Liberals, 14 Liberals, including three committee chairs, voted alongside the New Democratic Party in favor of the radical proposal.

The vote to nationally decriminalize so-called small-scale possession of hard drugs, including cocaine, fentanyl, and heroin, came just one day after the Trudeau government announced a similar policy will be going into effect in the province of British Columbia on January 1, 2023.

While the bill was killed by a substantial margin, of the 14 Liberals that supported the move, nearly a quarter of them hold or have held senior positions in Trudeau’s caucus.

In opposition to the bill, Conservative MP Laila Goodridge of Alberta told parliament, “We really need to think carefully” before approving such a measure.

“The Alberta Association of Chiefs of Police has been clear it does not support decriminalization without first having necessary prevention, intervention, treatment and recovery supports in place,” Goodridge said. “Decriminalizing without having the appropriate access to treatment and supports in place is akin to putting the cart before the horse.”

Advocates for decriminalization claim that such a move will lessen fatalities amid the surge in overdose deaths across the country, particularly since the onset of the COVID-19 so-called pandemic.

Defending decriminalization of hard drugs, including the often-fatal opioid fentanyl, B.C. Minister of Mental Health and Addictions Sheila Malcolmson said Tuesday that the goal of such an effort is to change “how we view addiction and drug use.”

“The fear of being criminalized has led many people to hide their addiction and use drugs alone. And using drugs alone can mean dying alone, particularly in this climate of tragically increased illicit drug toxicity,” Malcolmson explained during the decriminalization announcement for her province.

While politicians like Malcolmson and the federal NDPs allege the crisis can be solved or dampened through decriminalization, many experts remain adamantly opposed to the idea.

Attorney Heather Mac Donald of the Manhattan Institute for Policy Research told The Epoch Times last year that “such use [of illicit drugs] has enormous external effects on society.”

“The more stoned a society, the less it will be able to function for the good of its most vulnerable members, above all children,” Mac Donald said. “By decriminalizing drug possession, the authorities send the message that mind-altering drugs, which are ingested solely for such mental effects, are innocuous and expected in their use.”