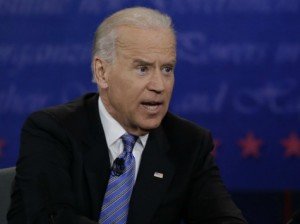 March 13, 2020 (LifeSiteNews) — As Americans clamor for information about the Trump administration’s response to the coronavirus outbreak and what the president’s Democrat opponents would do differently, some are raising red flags over former vice president Joe Biden’s team of advisers on the subject, one of whom has a history of suggesting that the elderly would be better off dead.

While several of the names were advisers to the Obama administration in crafting the intensely controversial Affordable Care Act (better known as Obamacare), Emanuel’s inclusion on the list has raised concerns for an additional reason. In 2014, he wrote that he “hope[s] to die at 75,” because “living too long” renders people uncreative, unable to work, “faltering and declining,” and “transforms how people experience us, relate to us, and, most important, remember us. We are no longer remembered as vibrant and engaged but as feeble, ineffectual, even pathetic.”

Writing at National Review, Discovery Institute senior fellow Wesley Smith reviews the Atlantic essay in which Emanuel made these statements, finding that his example could have grave consequences if applied to older Americans, who are particularly at risk from coronavirus.

Emanuel wrote bluntly in 2014 that beyond age 75, he would refuse not only cancer screenings and advanced life-saving treatment, but also flu shots and antibiotics — specifically because, in the event of a “flu pandemic,” a “younger person who has yet to live a complete life” should “certainly” be prioritized to receive “the vaccine or any antiviral drugs.”

“Is that the kind of advice Emanuel is giving to Joe Biden?” Smith asks.

Such a utilitarian approach to human life would be in keeping with the radical pro-abortion platform embraced by Biden, who is two years older than the cutoff point Emanuel endorsed in 2014. In 2011, the then–vice president told a Chinese audience that he could “fully understand” and was “not second-guessing” the Chinese regime’s one-child policy.