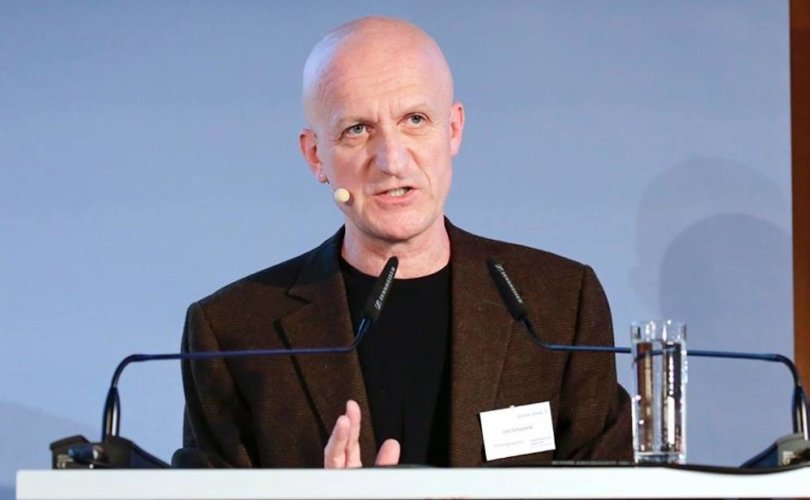 TORONTO, September 23, 2016 (LifeSiteNews) — Two bioethicists known for their pro-euthanasia views have published an academic paper calling for a ban in Canada on doctors’ rights to conscientious objection, but critics have panned that position as “untenable” and “ridiculous.”

Queen’s University bioethicist Udo Schuklenk teamed with Oxford counterpart Julian Savulescu to argue that doctors have no right to refuse to provide abortions, contraceptives, or euthanasia on moral grounds to patients who request these “services,” reported the National Post.

“Doctors must put patients’ interests ahead of their own integrity,” they wrote in a September article in Bioethics, which is edited by Schuklenk, Ontario research chair in bioethics at Queen’s. Savulescu, director of the Uehiro Centre for Practical Ethics at Oxford, edits the Journal of Medical Ethics.

“If this leads to feelings of guilty remorse or them dropping out of the profession, so be it,” the academics assert. “There is an oversupply of people wishing to be doctors. The place to debate issues of contraception, abortion, and euthanasia is at the societal level, not the bedside.”

Moreover, they propose that medical schools should screen out candidates who would refuse requested treatment on moral grounds.

The individual’s right to conscientious objection is constitutionally protected in Canada, he told LifeSiteNews. “Define it any way you want, our Charter recognizes conscience rights.”

Moreover, conscience rights are not so much for physicians, although physicians have and need that protection, but “are designed for the patient,” Schadenberg said.

“When I’m at my lowest time in my life, I don’t want my doctor to be thinking, ‘If I don’t kill this guy or send him to someone who will kill him, that I’m going to lose my medical license,’” he pointed out. “I want my doctor to look me in the eye and say, ‘I’m not going to do this. … I have the right to say ‘No’ to you. I will care for you, but I will not kill you.’”

Bioethicists Schuklenk and Savulescu and their ilk “want their doctors to be computers,” he observed. “Someone can go up, put in their order and they can get what they want. But to me that’s a ridiculous situation. Human beings should never be treated like computers, nor are they like that.”

Christian Elia, executive director of the Catholic Civil Rights League, echoed this. “Firstly, we must never force some to violate their own conscience,” he told LifeSiteNews.

“With regards to the field of medicine, I would like to ask the authors: At what period in history did they feel that doctors simply became order-takers and patient autonomy trumped everything” to the extent that doctors “theoretically could never say no to anything?”

“Does anybody truly believe that the overall practice of medicine would somehow be enriched if the only practitioners were technocrats who had no moral compass, no sense of reasoning, no conscience, and did not even consider it important or not to act with integrity?” Elia added.

Moreover, “Where would the line be drawn if a doctor is not permitted to act within his or her conscience?” Those who believe in the sanctity and dignity of human life from conception to natural death “would point out that abortion and euthanasia are both not medically necessary procedures,” he added.

“It’s an untenable position, really,” Elia said. “I’m not completely surprised two academics would write something so provocative. There’s nothing new in that, in terms of making a name for oneself, putting forth a position that would be accepted by no one. It’s absurd.”

Schadenberg, too, was unsurprised by this latest commentary, noting further that the authors “have their own club.”

“They want everyone to be told, you want euthanasia, go ahead. They want there to be no opposition, no holds barred. To me, that’s a ridiculous concept.”

Meanwhile, the Christian Medical and Dental Society of Canada, supported by the Canadian Federation of Catholic Physicians, has launched a legal challenge to the Ontario College of Physicians and Surgeons’ policy that physicians who object to abortion and euthanasia must refer patients to a willing doctor.

CMDSC’s Larry Worthen and members of the Coalition for HealthCare and Conscience were at Queen’s Park on Wednesday to lobby against the policy, the Post reported.

“In every jurisdiction in the world, conscientious objection is recognized in some form,” Worthen told the Post. “The only governments in the history of humanity that have stripped away the conscience rights in this way are totalitarian governments.”