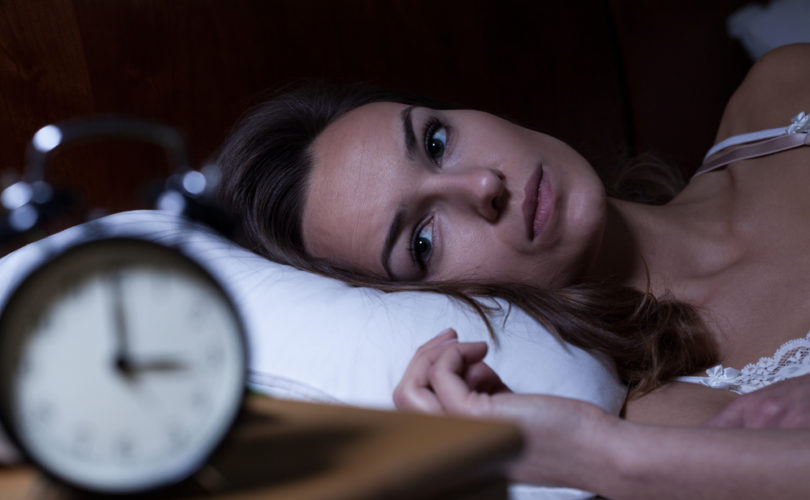 June 15, 2015 (LifeSiteNews) – A new study shows that certain birth control pills may impair sleep and raise the level of stress hormones in women who take them.

The study examined women and girls who use combined hormonal contraceptives (CHCs) to treat acne.

To ascertain the quality of subjects' sleep, researchers used the Pittsburgh Sleep Quality Index, a questionnaire filled out by the subject that “scores” sleep attributes including sleep duration, sleep disturbances, and daytime dysfunction.

Comparing these subjects to a group using only a topical gel for acne treatment, the study revealed that, not only did CHC-takers sleep less, but there is also an increase in the concentration of the hormone cortisol in their bodies.

Cortisol has a reputation in medical circles as a “stress hormone“; at high levels, it is associated with anxiety, depression, heart disease, weight gain, and sleep problems, among other ailments.

Only the hormone's relationship with sleep problems was examined in the São Paolo study.

Rachel G. Albuquerque, the primary author of the study, considered the findings worthy of a warning to consumers. “Although combined oral contraceptive…is a very effective treatment for adult female acne,” she said, “it can also increase cortisol concentrations and even impair sleep. These factors impact welfare and quality of life.”

What Albuquerque called a “very effective treatment for acne” has caused multiple deaths and injuries. Complications from Yasmin and Yaz in particular, both of which utilize the chemicals tested in the São Paolo study, have brought a plethora of lawsuits against Bayer, the pharmaceutical company that distributes the drugs. For example, Yasmin killed a 24-year-old Australian woman in 2008 who was taking it for acne and caused a stroke in a British beauty queen using it for the same reason. Other hormonal contraceptives marketed as acne treatment have yielded similar results.

More generally, many studies over the years have associated various forms of hormonal birth control with a myriad of ailments, including glaucoma, breast cancer, and shrinking of the brain. Women come forward regularly with stories of deleterious birth control side-effects; one young woman was left completely paralyzed, while another had her career destroyed by “blood clots everywhere” in her lungs. Additionally, the intrauterine device Mirena, like Yasmin/Yaz, has killed and injured enough women to incur multiple lawsuits.

Albuquerque added that while “cortisol was higher in the patients treated with the combined oral contraceptives,” the hormone's concentration in those subjects was also “on the normal range.”

The study – a six-month customized, comparative single-blind trial by researchers at the Universidade Federal de São Paolo in Brazil – focused on CHCs containing ethinyl estradiol and drospirenone. Brand-name drugs that comprise these chemicals include Yasmin and its sister drug Yaz (the subject of a plethora of lawsuits – see below), Ocella, Zarah, Safyral, and Syeda.