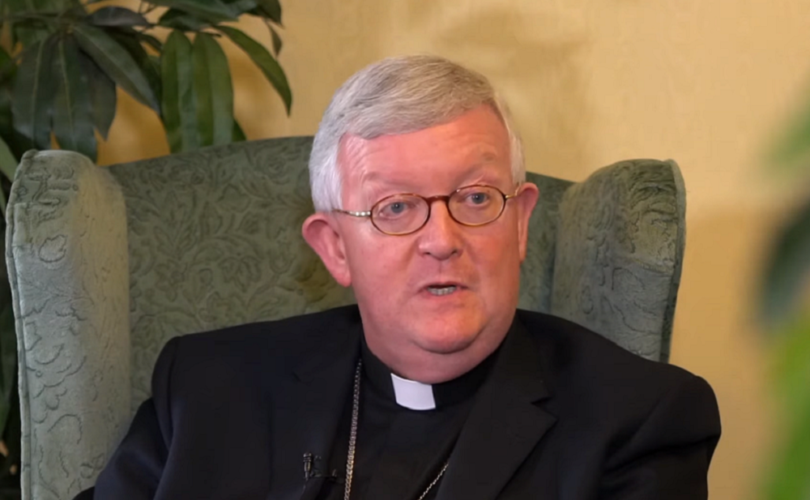 BIRMINGHAM, United Kingdom, August 4, 2020 (LifeSiteNews) — The Birmingham Oratory, a Catholic community in England celebrating Mass in Latin and English, has been ordered by the local archbishop no longer to distribute Holy Communion on the tongue.

“The Fathers are very distressed to have to tell you that His Grace the Archbishop of Birmingham has forbidden us to distribute Holy Communion on the tongue, for the present,” the community of the Congregation of the Oratory of St. Philip Neri wrote on its website. The current archbishop of Birmingham is Bernard Longley.

Catholic scholars have emphasized that the faithful have a right to receive Holy Communion on the tongue, as it was distributed for centuries. The reception of the Eucharist in the hand was formalized only as an act of disobedience to the Church’s teaching office following the Second Vatican Council.

Dr. Peter Kwasniewski has argued that a bishop oversteps his authority in denying Catholics this right. “Many bishops are abusing their authority right now because … they’re supposed to uphold Canon Law and Canon Law is really clear that the faithful have the right to receive communion on the tongue. That's it,” he said in a July 2020 interview on The John-Henry Westen Show.

In a lengthy article published in May, Kwasniewski collected the statements of the magisterium on the manner of receiving the Eucharist.

As far as the traditional Latin Mass is concerned, which is also celebrated at the Birmingham Oratory, the liturgical books “are to be used as they are.”

Kwasniewski commented, “There has never been the slightest question about what these laws entail: at the Extraordinary Form, laity who approach to receive Communion must receive it on the tongue; no other way is envisaged or allowed by law.”

“To have a new custom established (quod Deus avertat), a bishop or episcopal conference would have to request and obtain a rescript from the Congregation for the Doctrine of the Faith, just as the bishops of different countries had to ask Rome for a rescript to permit Communion in the hand decades ago,” he continued. “Moreover, even if a bishop could obtain such a rescript, it would not change the layman’s right to choose the manner in which to receive.”

The Franciscan theologian Fr. Serafino Lanzetta pointed out that the permission to receive Holy Communion in the hand can never become an imposition on the faithful. In other words, the Church cannot say Holy Communion must be received in the hand, only that it is allowed.

In July, LifeSiteNews and Voice of the Family put on an online conference on the question of receiving Holy Communion on the tongue. A recording is still available to watch for free:

In spite of the theological, legal, and medical reasons to favor the reception of the Eucharist on the tongue, the official guidelines for the resumption of the public Masses, released by the Catholic Bishops’ Conference of England and Wales (CBCEW) in June, allow for Communion only in the hand.

“At the place where communion is to be distributed, a physical barrier should be placed, for example a prie-dieu (kneeler on the priest’s side) or small table to socially distance the priest distributing Holy Communion from communicants,” the document spelled out in great detail.

“Communion must be given silently in the hand only, with the communicant standing, and avoiding any physical contact. People should wait in their pews until instructed to move forward to the priest for Holy Communion by the Stewards, always aware of the regulations on social distancing in the orderly queue.”

To actually be given the consecrated Host, the faithful should approach the priest “with arms at ‘full stretch’ so that there is a good distance between the priest and the communicant. Their hands, palms upwards, one of top of the other, should be extended as flatly as possible. Having received Holy Communion, communicants should move back to their pews in an orderly manner.”

Bishop Athanasius Schneider recently called on the pope to ban Communion in the hand.

“The Pope should also forbid the practice of Communion in the hand, for the Church cannot continue unpunished to treat the Holy of Holies in the little sacred Host in such a minimalistic and unsafe manner,” he said.