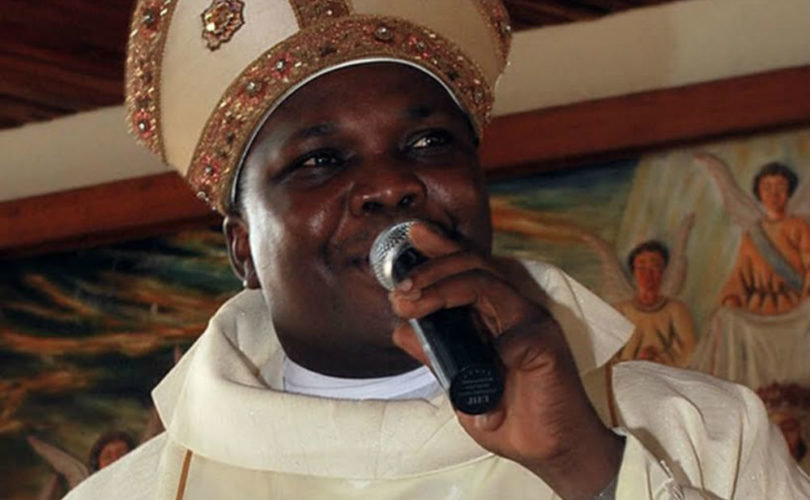 OTTAWA, July 13, 2017 (LifeSiteNews) — An African bishop slammed the Justin Trudeau government after a Liberal minister said Canada must be “subtle” in pushing abortion in African countries where it is not legal.

International Development Minister Marie-Claude Bibeau made the remarks to the Globe and Mail when discussing the Liberal commitment of $97 million to the Democratic Republic of Congo.

“In Canada, you are very interested in the abortion part, but if we want to be effective here, the idea is not to put the light specifically on that. We have to be more subtle,” Bibeau said.

“The idea is not to put us and to put our partners who work in the field every day in a delicate situation.”

“Can there be a subtle way of committing a crime? I think not,” he told LifeSiteNews in an email.

“Minister Marie-Claude Bibeau’s comments show that she and her government do fully realize that they are engaged in an illegality in the DFRC, by pushing this pro-abortion methods on women in a country where abortion is illegal,” he said.

“Unfortunately, some Western countries today play by the ‘economic might is right’ principle,” added Badejo, communications director for the African bishops.

“The Liberal government puts a doubt to the general belief that true civilization goes as well with ethical and moral considerations.”

Bibeau’s announcement in July for the nearly $100 million to the DCR was one of the first since she announced in June the Liberals were adopting a “feminist international aid policy.”

Although the Liberals didn’t increase their international aid budget, under the feminist policy they will earmark 95 percent of that budget within five years to projects promoting “gender equality and the empowerment of women and girls.”

They will double funding for sexual and reproductive rights and devote 50 percent of the aid budget to sub-Saharan Africa.

Foreign Affairs Minister Chrystia Freeland also announced in June the Liberals were putting sexual and reproductive rights “at the core” of their foreign policy.

And in March, Trudeau announced his government would spend $650 million over three years to promote abortion in developing nations.

That includes funding campaigns to legalize it in countries where it is banned, as is the case in the DRC.

A foreign affairs press release states that funding for the DRC will provide humanitarian assistance for the 578,000 Congolese affected by conflict within the country and protect the rights of 95,000 street children. But it will also be used to increase “women’s and girls’ access to the full range of sexual and reproductive health services.”

Bishop Badejo pointed out that funding “basic healthcare facilities, basic infrastructure and economic empowerment for self-sustenance” would be “of greater benefit to the women and children of DRC.”

Such assistance would also “respect their dignity and authentic rights.”

“Unfortunately, no one cares to ask majority of the women in developing countries what they actually need,” he told LifeSiteNews in an earlier interview.

He noted Canada’s desire to help the vulnerable is laudable.

“Everyone would welcome the support of the West in eliminating any kind of harassment or denial of the rights of women,” Badejo said.

“Everyone of goodwill craves the elimination of physical or sexual abuse against women and children and wants to see an end to casualties during pregnancy or at childbirth,” he added.

“But Africans would never concede to anyone the right to kill another life at whatever stage, and neither men nor women have absolute right over their bodies because it is given not acquired by them,” the prelate pointed out.

“No one normally has the right to kill another.”

Canada’s bishops have also blasted the Liberals for their abortion-centred foreign policy.

In a letter to Freeland, the bishops pointed out that “for a considerable population (both within Canada and abroad) the unborn child is regarded as a human being created by God and worthy of life and love.”

But Bibeau defended the Liberal policy, telling CTV News that “contraception and even abortion is only a tool to end poverty.”

The minister told CTV that she’s contemplating an official response to Canada’s bishops.

“The objective is to end poverty” the minister contended. “[To do so] we have to reduce inequalities, we have to empower women, we have to defend women's rights.”

“The truth is that Canada’s funding will do far more good in providing infrastructure in education, basic healthcare and economic empowerment which will ensure equality among men and women than in promoting rights and ideologies that are harmful to the cultural worldview of peoples,” he told LifeSiteNews.

He urged pro-life and pro-family groups “especially in Africa” to “put in place strategies to expose the hypocrisy of Western governments who push such an imperialist agenda that undermines religious and cultural sensibilities and demeans the cherished African respect for the life of the unborn.”

Added Badejo: “Ultimately, it will depend on the people of Canada to help developing countries by effecting a change to a government which in any case respects the rights of other people without imposing its own agenda on them.”