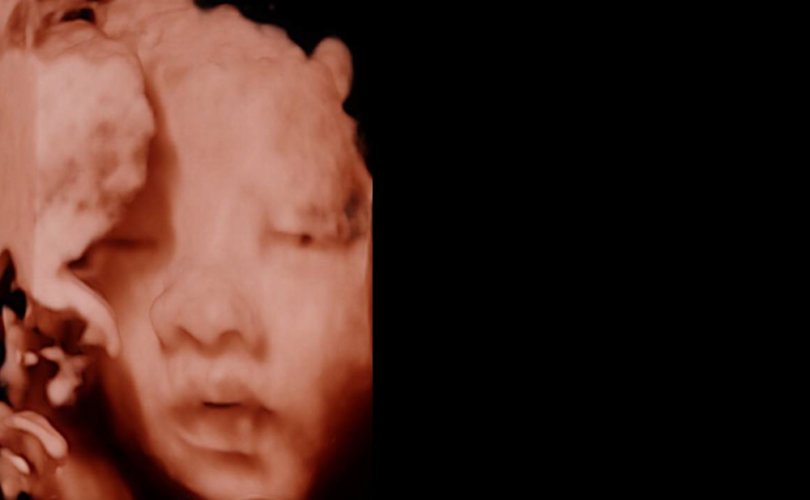 The Catholic bishop used Twitter on Tuesday to send out the call.

The bishop said in his tweet that abortion equated to “Capital punishment for babies.” He also called abortion the “exploitation of vulnerable women.”

The “#MeToo” movement is a widespread social media campaign to help demonstrate the existence of sexual violence and harassment. The hashtag phrase is often posted along with stories of victims sharing their stories.

The bishop also dressed down the abortion lobby’s appropriation of civil rights for its promotion of abortion in the tweet.

“We hear about “reproductive rights” or “right to choose,” Bishop Tobin said. “There is no “right” to end the life of an unborn child.”

We hear about “reproductive rights” or “right to choose.” There is no “right” to end the life of an unborn child. We need a #metoo movement for unborn children. Abortion: Capital punishment for babies, and exploitation of vulnerable women. Wrong, just wrong!

Bishop Tobin identifies himself as “ardently pro-life” in his Twitter profile.

He was forthright about abortion another time on Twitter recently, tweeting rather frankly on March 15 how Catholics cannot support abortion.

“To be clear: Catholics cannot provide, support or encourage abortion,” the bishop stated. “Catholic political leaders have a serious obligation in this matter. Abortion is sinful; it is immoral. It destroys life and exploits women. Disciples of Christ do not support abortion. Period.”

To be clear: Catholics cannot provide, support or encourage abortion. Catholic political leaders have a serious obligation in this matter. Abortion is sinful; it is immoral. It destroys life and exploits women. Disciples of Christ do not support abortion. Period.

“Just read that some Mother’s Day cards this year will be “gender-neutral,” avoiding the word mother,” he said. “They’ll be “guardian cards,” or “happy you cards.” So it’s official: our culture has become completely irrational.”

Most recently the bishop wrote a letter of support to Michael Smalanskas, the Providence College student and resident assistant who had been threatened for creating a bulletin board post in his residence hall stating that marriage is between a man and a woman.

“I admire and commend your courage in stepping forward to proclaim the teachings of the Church about Holy Matrimony,” wrote Bishop Tobin, whose ecclesiastical territory includes Providence College.

Bishop Tobin encouraged Catholics in 2016 to vote pro-life in the state’s primary election and “never to vote for any candidate, of any party, who supports abortion.” That same year he spoke critically of then Democrat vice-presidential candidate Tim Kaine for the politician’s flaunting his Catholic faith while publicly supporting abortion, same-sex “marriage” and same-sex adoptions.

And in 2009 Tobin had instructed then U.S. Representative Patrick Kennedy (D-RI) to refrain from Communion due to Kennedy’s pro-abortion political stance.