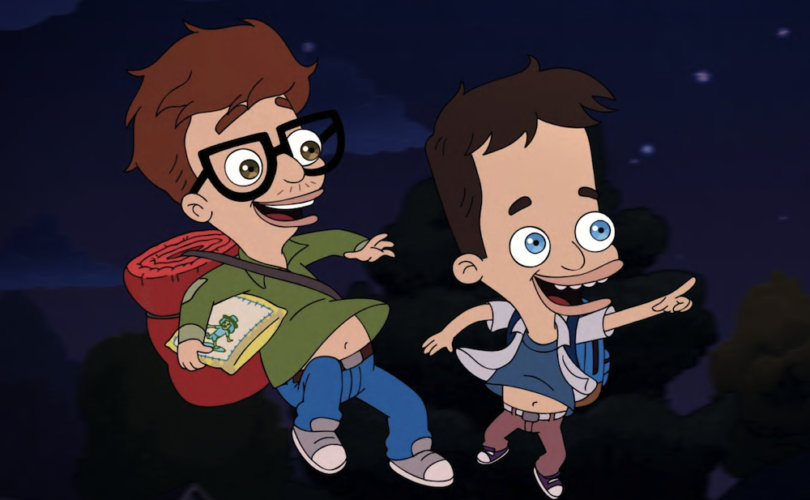 CORPUS CHRISTI, Texas, October 3, 2017 (LifeSiteNews) — The retired Catholic bishop of Corpus Christi, Texas, stopped his Netflix subscription due to some of the streaming platform’s explicit sexual programming for kids.

“I have just cancelled my DVD membership in Netflix and so should everyone who cares about the moral well being of young Americans,” Bishop Rene Henry Gracida wrote in his blog Abyssus Abyssum Invocat.

Pro-family advocates have said the show sexualizes children and is fantasy fodder for pedophiles.

In Bishop Gracida’s post, he pulled a teaser for the program from a entertainment news outlet to illustrate the depravity of the content.

The series “is trying to find the fun in arguably the most horrific time in a person’s life: puberty,” the industry outlet said.

“The first two teasers have arrived to reveal the monsters lurking behind a teenager’s transition into adulthood,” the report went on. “Meet Hormone Monster and Hormone Monstress, the personifications of puberty.”

In the first clip “a perfectly normal gross little dirt bag” named Andrew is visited in the middle of the night by the Hormone Monster, “who encourages him to do something that should not be done while his best friend is sleeping right beside him.”

The Hormone Monstress welcomes the nighttime visitor in the second teaser. Here, “the creature teaches the young girl to “listen to Lana Del Rey on repeat while you cut up all your t-shirts,” “scream at your mother and then laugh at her tears.”

“That’s the nightmare … sorry, beauty of adolescence,” the report concludes.

The graphic for the program shows a group of cartoon adolescents, hunched over, holding their hands across their erogenous zones with various distressed and awkward expressions on their faces.

The graphic states, “Big Mouth – Coming of age all over the place.”

Netflix has also been used by Bill Nye to promote transgenderism and population control. It has been charged with broadcasting pornographic content previously.

Bishop Gracida has been a vocal proponent of the Catholic faith and Christian morals via his blog and other avenues.

In February, Bishop Gracida blogged in support of the dubia submitted by four cardinals to Pope Francis seeking clarification on Amoris Laetitia.

In an August blog post, he criticized papal biographer Austen Ivereigh for Ivereigh’s assertion that converts to Catholicism who had questioned the pope suffered from mental illness.

He is currently the only U.S. bishop who has signed the Filial Correction issued to Pope Francis in August by 62 Catholic academics, researchers and scholars from 20 countries — the number of signatories more than doubling since the Correction’s public release last month.

Netflix’s lewd Big Mouth program comes as the streaming platform announced a billion-dollar push to fund streaming content, its plans to offer its services on airline flights, and as it competes with Disney for market share.

A CNN Money report from last month said the streaming giant’s more than 100 million subscribers will have endless content choices in the next few years with the company having made  $15.7 billion in obligations committed to streaming content deals.

Disney announced recently that it will pull its content from Netflix in 2019 to launch its own streaming service. Other networks are leaving to do so as well.