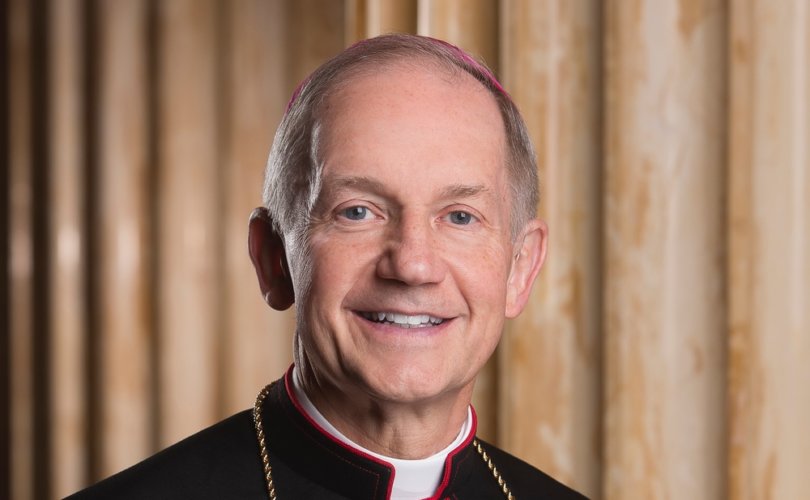 SPRINGFIELD, Illinois, May 28, 2019 (LifeSiteNews) — Bishop Thomas John Paprocki of the Diocese of Springfield in Illinois issued strong words against the Illinois House passing Senate Bill 25 on May 28, calling it a “gravely immoral action.”

The legislation, titled “The Reproductive Health Act,” would overhaul the state's abortion statute. The measure passed 64-50 in the House today. Several Democrats voted against it.

The measure “blocks Illinois from intruding in a woman's decision to carry a pregnancy to term, opt for an abortion procedure or any other reproductive health care choice and, should she feel this right was violated, it creates an avenue for her to bring a lawsuit. The legislation additionally bars local governmental bodies from impairing access to contraception or procedures such as abortion but allows them to pass rules strengthening reproductive health care,” according to Capitol News Illinois.

The Thomas More Society called the act “the most radical piece of abortion legislation that has ever been introduced in Illinois.”

The act passed out of committee by an all-Democrat vote on Sunday. No Republicans voted for it.

Bishop Paprocki said today that all children “have a right to life” and that society has a “moral obligation to protect them from harm.”

“I condemn the gravely immoral action of the Illinois House of Representatives in passing Senate Bill 25, labeled with a highly misleading title as the 'Reproductive Health Act,' purporting to declare abortion a fundamental right,” he said.

“Christians have rejected the practice of abortion from the earliest days of the Church. Children are a gift from God, no matter the circumstances of their conception. They not only have a right to life, but we as a society have a moral obligation to protect them from harm. Legislation that deprives children of legal protection before they are born, allowing for the murder of children at any stage in the womb, even up to the moment of birth, is evil,” he continued.

“I pray for our state legislators, entrusting them especially to the intercession of Saint Thomas More, a public servant who preferred to die at the hands of civil authorities rather than abandon Christ and the Church. May we also keep unborn babies and newborn infants, as well as all mothers, in our prayers and work to improve the dignity and quality of life of all people, especially the most vulnerable,” he added.

The measure now heads to the Illinois Senate for a concurrence vote, according to The Center Square.