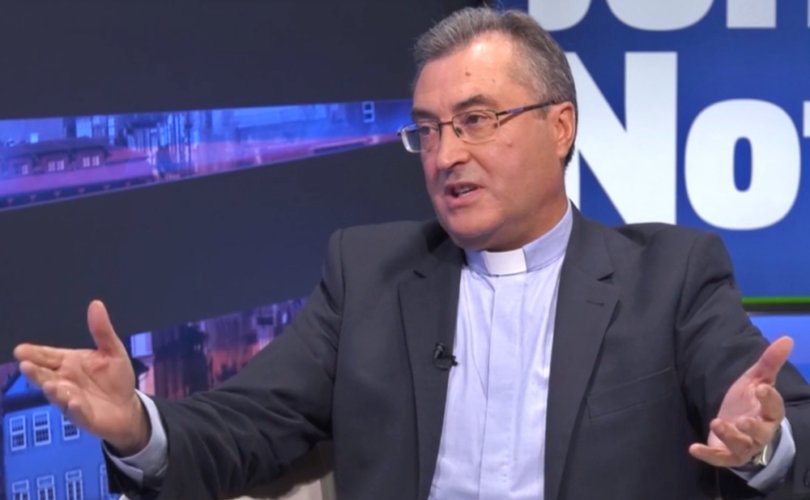 March 28, 2018 (LifeSiteNews) – The newly-installed bishop of the Portuguese city of Porto, Manuel Linda, appeared to reject the Catholic doctrine that divorced and invalidly remarried Catholics should abstain from sexual intercourse. He stated in a recent interview, “I’m convinced that it isn’t really a family” if they do so.

“I know that there are some remarried couples, who were previously in a canonical marriage and who later reconstructed their lives and are in another marriage that is not canonical, who for motives of faith and of interior conviction and of conscience, in fact live in sexual abstinence. But we have to ask ourselves: is that itself a family?” Linda told the Observador (Observer), a Portuguese newspaper.

“I’m convinced that it isn’t really a family,” Linda continued. “It’s one thing to have a living arrangement like I have here in the house with other people, but we’re not a family. It’s another thing to be a family. Therefore, I would not insist much on this matter of de facto sexual abstinence.”

The bishop’s statements were made in response to a recent declaration of the Cardinal Patriarch of Lisbon, Cardinal Manuel Clemente, who states that it is proper to “propose” to divorced and invalidly remarried couples the possibility of “continence” (sexual abstinence) in their relationship so as to avoid the evil of adultery. Clemente has been pilloried in Portugal for even wishing to propose the idea, particularly by dissenting Catholic priests.

Linda told the Observador that he regarded the pope’s decision to appoint him to the Diocese of Porto as one that could not be refused, because the pope had a “personal” interest in his name for the position.

“There is a series of indications in which I note that the pope was very interested, in a personal way, in my name,” Linda said. “When that happens, one cannot say ‘no’ to a friend.”

Asked if he would continue to raise his voice against abortion, as he did in an article criticizing the Portuguese parliament in 2015, as well as on issues such as euthanasia, Linda said that he didn’t intend to be combative, but rather to “propose” to those who listen to him.

“If we go through life denouncing everything, speaking ill of everything, we . . . don’t have credibility any more,” said Linda. “Therefore, it shouldn’t be expected of me that I will go through life speaking ill of society, of proposals that are made by political parties or other sectors of the culture or of the society, which perhaps clash with my doctrinal assumptions.”

“Our mission isn’t so much to defy, to denounce. It is to propose,” Linda continued. “Sure, in the proposal of doctrine I will be irrecusable. I will seek to propose my doctrine to Christians and to other people who want to listen. But it is one thing to propose, another thing to go through life denouncing.”

Linda was also asked by the Observer if he has taken on the style of Pope Francis. He exclaimed, “Two hundred percent! Completely, completely.”

Asked why, the bishop responded, “The pastoral care of the Church, the announcement that we must make, is not a technique, it isn’t a wisdom, it isn’t a skill like the televangelists who, with no lack of effort on their part, use an eloquent discourse convinced that they will captivate many people that way, and perhaps will do so.”

“No. Our pastoral care is a presence, a fermenting presence. There is no other key to open the human heart other than sympathy, cordiality, affectivity, or for us to be at the same level [as the other person]. If we place ourselves on a different level, our voice isn’t heard, nor do others want to listen to it.”