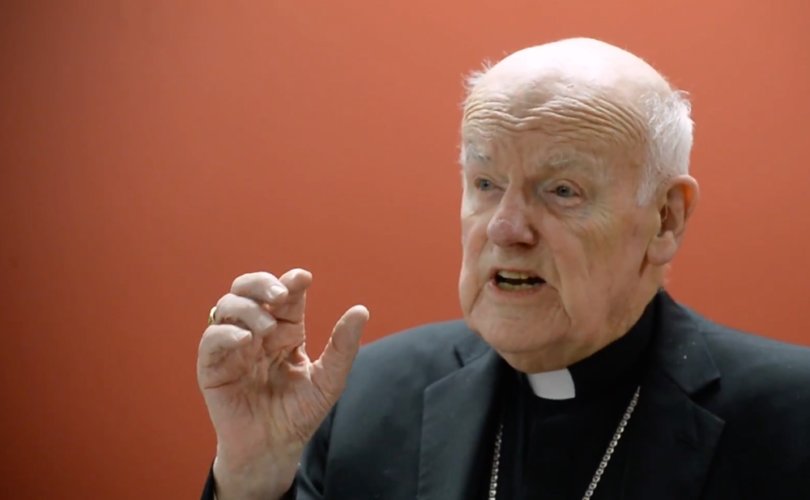 BAY CITY, Michigan, February 8, 2019 (LifeSiteNews) – A Michigan bishop has removed a priest from his parish after he blamed the priest for causing “division” by extolling and implementing traditional Catholic liturgical practices.

After contemplating the precipitous drop in Mass attendance in his diocese, and the growing popularity of such traditional Catholic sacramentals as incense among the young, Dwyer announced in December that he would re-introduce such distinctively Catholic aspects to one of his Masses.

In a homily later published on social media, Dwyer asked his parishioners to notice that few people in the pews were his age, 36, or younger. Stressing the importance of young people for the future of the Church, Dwyer said that he wanted to do whatever worked to “embolden” younger Catholics and attract young non-Catholics to the faith.

“Believe it or not, tradition works,” he said.

“So-called ’old ways’ are quite popular among younger Catholics. Smells, bells, classic hymns, chant, prolonged silence, and, hold on for this one, Latin are all largely embraced by the younger generations of the Church,” he continued.

“Furthermore, when younger non-Catholics experience these traditions they are struck by how different they are from everything else they experience in a noisy, secular culture. These ‘old ways’ are beautiful to them, and beauty is a great place to introduce young folks to Jesus Christ.”

'We need to embrace what works with the young'

Dwyer then announced that he was going to restore beauty to Sundays at the Church.

“We are going to look, and sound, and smell vastly different from the rest of the world on Sundays. It will be a religious experience that, at the very least, will be memorable to the young who encounter it,” he continued.

The priest observed that the changes he had already made had had an impact.

“I have not been here long, but folks tell me they’re noticing more young families, and crying babies. And if the church ain’t cryin’, the church is dyin’,” he joked.

“My goal is to hear a chorus of crying babies before my time here ends. To do that, however, we need to embrace what works with the young. We need to more greatly embrace timeless traditions. We cannot keep the status quo.”

Unfortunately, Dwyer’s plan to inject youth and beauty into his church met with resistance from some of the elderly members of the congregation.

According to Catholic website UCatholic, Dwyer’s  “…minor and gradual changes were met with resistance by a small portion of entrenched parishioners at Our Lady of Peace, but met with joy and hope by younger members of the parish. The vocal minority forced a ‘town hall’ parish meeting on Jan. 21 to complain, and the meeting was marked by acrimonious statements, sometimes becoming blatantly disrespectful, from a handful of discordant and disrespectful, mostly baby-boomer generation parishioners.”

Christ is King over all matters: Church, state, and otherwise.

Father Dwyer’s address to the meeting can be read here. From his remarks, it is clear that at least one parishioner objected to his stance against abortion.

“I have never preached about how to vote. I went out of my way to say that my homily was not about voting. I was preaching about our spiritual responsibility to fight against the evil of abortion,” the priest said.

“The closest thing I said to anything about voting is that we will be held accountable for how, and why we voted in the next life,” he continued.

“The overarching point of my homily is that Christ is King over all matters: Church, state, and otherwise.”

UCatholic reported that after this January 21 meeting Bishop Hurley suddenly removed Dwyer from his post as chaplain at Saginaw Valley State University. Dwyer was told “that his work at SVSU was causing ‘conflict’ at his parish.”

After SVSU students protested their chaplain’s January 31 removal, Hurley announced that Dwyer would be leaving his role as parish administrator, too.

In a letter to the congregation of Our Lady of Peace, dated February 1, Bishop Hurley stated that “issues” were dividing the “parish community.”

“For some time now I have been aware of a number of issues, particularly with the Liturgy, that have divided the parish community at Our Lady of Peace Parish, Bay City,” he wrote.

“This is a serious concern in that our worship should draw us together, rather than divide. It is important that we seek ways to unite the parish in our common mission of being evangelizing disciples and grow in our relationship with Christ, each in our own way,” he continued.

“On January 28 and again on January 29 I met with Father Dwyer to discuss divisions within Our Lady of Peace. This meeting was preceded by earlier meetings with our Diocesan staff, including Father Bill Rutkowski, Vicar General and Father Peter Gaspeny, the Regional Vicar.”

The bishop related that he then told Dwyer to “step away from the parish for a brief period” and Dwyer “declined” the request.

Reflecting on the controversy the diocese was now embroiled in, the bishop said that he had decided to remove the young pastor.

“I have withdrawn his present assignment as Parochial Administrator, effective February 8, 2019. The Diocese will have responsibility for his salary, benefits and housing as he awaits a new assignment,” Hurley wrote.

A request for comment to the Diocese of Saginaw by LifeSiteNews was not returned.

According to Church Militant (CM), Dwyer has been housed in a rectory in one of the most dangerous neighborhoods in Saginaw.

“Holy Family is directly across the street from Hoyt Park, a place known for drugs, prostitution and even murder,” CM reported.

“The parish itself has suffered several break-ins, and rarely holds evening events out of concerns for people's safety,” it continued.

“So notorious is the violence that the current pastoral administrator of Holy Family does not even live at the rectory, but off site.”

Bishop Hurley is now being inundated with correspondence from Catholic incensed at the unjust treatment of a priest guilty of nothing more than wishing to make Sunday worship–and Catholicism–more attractive to young people. Not new to controversy, Hurley has been accused of protecting clerical sexual abusers in the Archdiocese of Detroit before being appointed as Bishop of Grand Rapids.

Supporters of Fr Dwyer have also turned to social media to ask for prayers.

“Please pray for Fr. Eddie Dwyer,” tweeted a Carmelite friar named Father Nicholas, aka the Frank Friar. “He is a priest in my home diocese who has been removed from several parish assignment because of his efforts for renewal. I’ve known him for years. He is a loving priest. His work at a university has truly been impacting many lives for the better.”