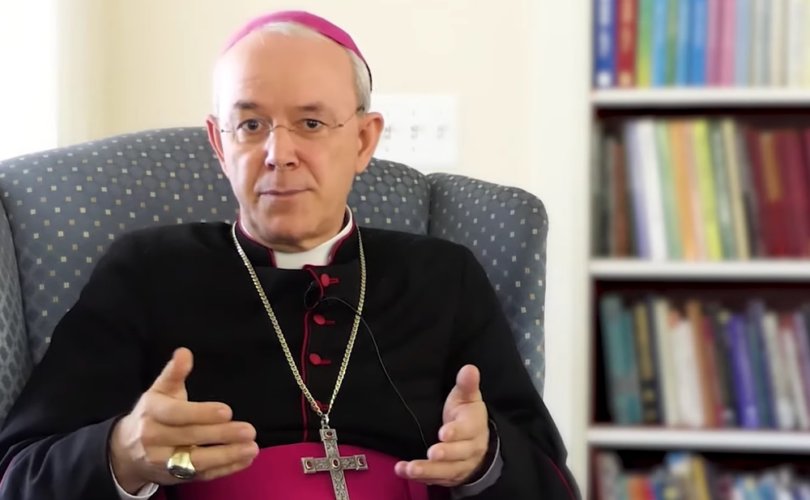 (LifeSiteNews) – Many Catholics in the United States are concerned about being fired or otherwise forced to receive abortion-tainted vaccines. Bishop Athanasius Schneider of Kazakhstan has decided to provide affidavits certifying membership in the Confraternity of Our Lady of Fatima.

The Confraternity is opposed to abortion-tainted vaccines as a deeply religious held belief. The certificates are personalized with the name of each member and bear his signature.

Any member is able to take that certificate along with a personal statement to his/her place of employment.

“This is to certify that [NAME] is a perpetual member of the Confraternity of Our Lady of Fatima in good standing and as such holds to the following deeply held religious belief that the crime of abortion is so monstrous that any kind of concatenation with this crime, even a very remote one, such as vaccines that use aborted fetal cells for the testing or production, is immoral and cannot be accepted under any circumstances by a Catholic.”

“There are a some promises that you make to try to help live out the call of Our Lady of Fatima and to bring about the Triumph of the Immaculate Heart of Mary in your own life,” Wendt said.

— Article continues below Petition —
Thank Cardinal Burke for defending Life, Family, Freedom and Tradition
Show Petition Text
19621 have signed the petition.
Let's get to 20000!
Thank you for signing this petition!
Add your signature:
Show Petition Text

There is also a resource link on their website on how to request your certificate and how to get a copy of the Religious Exemption Letter Template.

It’s all very straightforward. First you download your Religious Exemption Letter Template. You take that template and personalize it, making it an expression of your deeply personal religious beliefs. Then, second, if you feel called to join the Confraternity, you fill out the form and become a member. A third party will send you your personalized certificate signed by Bishop Schneider in an email within one business day. Then you submit both to your place of employment.

It says on the website that it is not offered as legal advice, but respected attorneys have reviewed it.

It is recommended certainly that you do seek expert legal help if you feel that your Constitutional rights are being violated.

To join the Confraternity of Our Lady of Fatima and to request your certificate from Bishop Schneider, go to https://www.livefatima.io/exemption/.