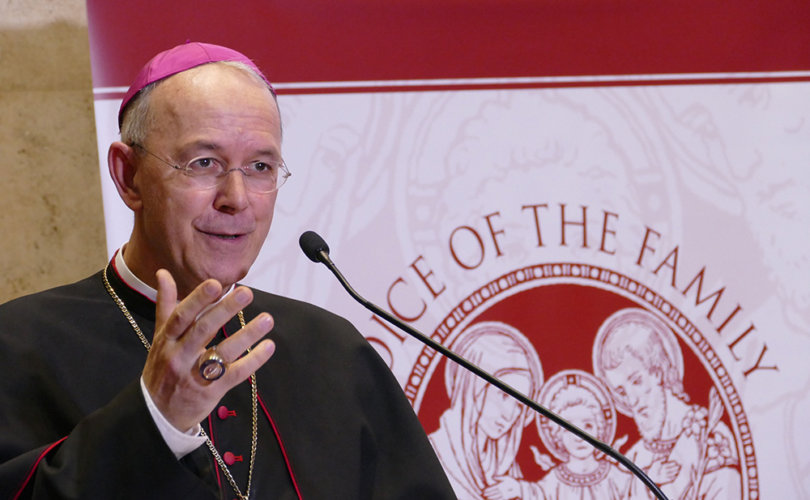 August 27, 2018 (LifeSiteNews) – Bishop Athanasius Schneider of Astana Kazakhstan, has released an eight-item to-do list of what he says is required to reform the Church steeped in crisis in the wake of credible revelations of corruption and cover-up by Pope Francis. After saying there is “no reasonable and plausible cause to doubt the truth content of the document of Archbishop Carlo Maria Viganò,” Bishop Schneider suggests needed actions to renew the Church.

Beginning with a purge of the homosexual networks in the Vatican and clergy, Bishop Schneider calls for a reaffirmation of the Church’s doctrine on the grave sinfulness of homosexual acts. He calls on the Pope to restore purity to the Church’s teaching and prevent the ordination of men with homosexual tendencies to the priesthood. He calls for a restoration of ascetical practices in the Church such as fasting and self-denial.

Bishop Schneider calls for a return to the practice of reparation for sins, a much more stringent bishop selection process and a commitment among clergy to renounce compromise with the world.