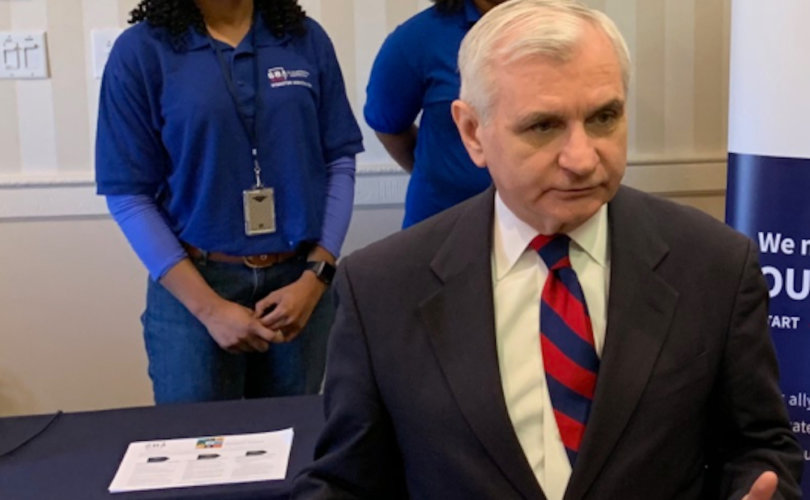 February 26, 2019, LifeSiteNews — An American prelate took to Twitter to call out his state’s Democrat U.S. senators who voted against the Born-Alive Abortion Survivors Act, designed to protect children born alive during botched abortions from being left to die.

Bishop Thomas Tobin of Providence, Rhode Island did not mince words as he expressed his horror, calling his senators’ denial of medical aid and human kindness to infants “thoughtless, cruel and indefensible.”

One of the Rhode Island senators, Jack Reed, is Catholic.

“Eternal shame on Senators Reed and Whitehouse of R.I. for opposing this bill which would protect infants already born. Their vote has nothing to do with promoting women’s health or ‘reproductive freedom,’” said Bishop Tobin. “Their stance is thoughtless, cruel and indefensible.”

Eternal shame on Senators Reed and Whitehouse of R.I. for opposing this bill which would protect infants already born. Their vote has nothing to do with promoting women’s health or “reproductive freedom.” Their stance is thoughtless, cruel and indefensible. https://t.co/mxhX759UTd

If passed into law, the Born-Alive Abortion Survivors Act would have required abortionists to provide medical care for babies who survived failed abortion attempts.

The final tally of the vote shows that nine Catholic members of the U.S. Senate — all Democrats — voted against the measure, as did six Senators vying to be the 2020 Democratic presidential nominee: Elizabeth Warren, Bernie Sanders, Kirsten Gillibrand, Kamala Harris, Amy Klobuchar, and Cory Booker.