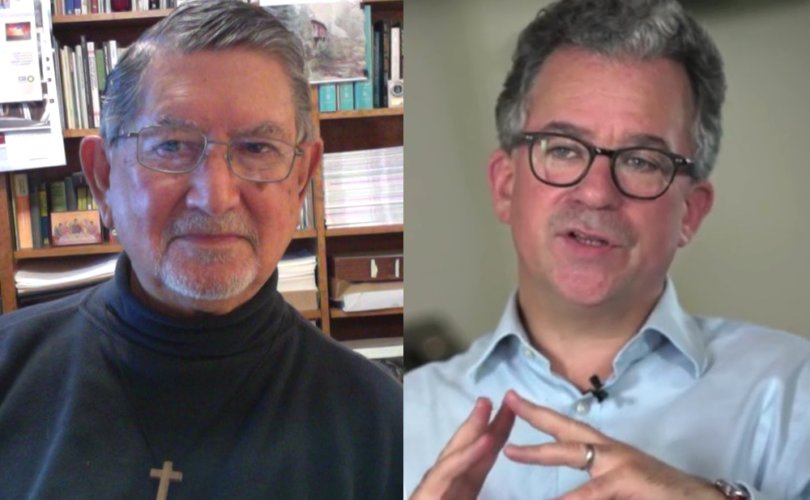 “The arrogance of the progressives who are the public voice for the present pontificate is nowhere more in evidence than in this current campaign of character assassination they are conducting against converts to the Catholic Faith,” wrote Bishop Rene Henry Gracida, the Bishop Emeritus of the Diocese of Corpus Christi, on his blog.

Ivereigh accused converts and reverts who are critical of some of the actions and statements of Pope Francis of “convert neurosis.” He praised Michael Sean Winters at the National Catholic Reporter for perpetuating this notion. Winters said that he's sick of converts “telling us that the Pope isn’t Catholic.”

The narrative “of many of Francis’s angry, vociferous critics adds up to something rather like… that he is, in Ross Douthat’s phrase, the 'chief plotter' in a conspiracy to change the Catholic faith,” wrote Ivereigh.

But the retired Texas bishop said he has experienced converts as holding their Catholic faith more dear than anything else.

“It has been my experience, and the experience of all of the bishops and priests that I have known that practically all of the converts to the faith that we have known are exemplars of the two characters in the two parables of Our Lord Jesus Christ: The Buried Treasure and The Pearl of Great Price,” wrote Gracida.

Gracida shared his thoughts while commenting on an article on the controversy by Dr. Maike Hickson at One Peter Five.

He noted the great personal price many converts pay upon embracing Catholicism.

This price is often the “rejection they experience from their birth families,” he observed. This often occurs if the convert was Jewish, Baptist, Adventist, or from a “fundamentalist” church, he said.

Gracida explained how such a painful experience of rejection motivates converts to care about, and want to share, the Catholic faith.

“Having paid that emotional (and sometimes financial) price the convert is filled with extraordinary zeal, not only to practice the faith but to bear witness to the faith in a spirit of evangelization much more than cradle Catholics do,” he wrote.

“As a cradle Catholic, I can testify from my own experience when I, as is so often the case with cradle Catholics, did not realize the great value of the Tradition of the Church until I had strayed from the practice of my faith for a few years in my early 20’s,” the retired bishop recalled.

But “when I came to my senses (in Salt Lake City, of all places) I returned to the practice of my faith with renewed vigor, eventually becoming a Benedictine monk, a priest and a bishop,” he said.

American Canon Lawyer Edward Peters called Ivereigh's article “one of the most embarrassing essays Crux has ever run.”